The fried chicken scene across Vancouver is really heating up!

The fried chicken scene across Vancouver is really heating up, but things are really about to sizzle now that word is out one of the city's most popular spots for juicy, spicy fried chicken is opening its second location.

The DL Chicken Shack, which launched in 2018 on Commercial Drive - after gaining a "downlow" rep as a secret menu item at the late, great Merchant's restaurant on the Drive - will be firing up the fryers for its menu of finger-licking good eats centred on the Nashville Hot Chicken sandwich in September on the UBC campus.

"Restaurant Row" at University Boulevard Central (6065 University Blvd) will be home to DL Chicken number two. It's a 1,600 square foot counter-service spot with seats for 50 chicken fans, inside and out. Guests will be able to order for dine-in and take-out, with online ordering on the way soon.

On the menu at DL's second spicy outpost will be familiar favourites, like its signature hot chicken sandos with your choice of heat: mild, medium, hot, extra hot and the scorching "Side of Milk." They'll also have chicken tenders with housemade dips, and special fried chicken seasonings like pizza, ranch, lemon pepper or jerk. And of course there are sides like potato or macaroni salad, fries, and slaw.

“We are extremely excited to be part of UBC’s campus and share our love of fried chicken with new and current fans,” says Doug Stephen, who co-owns DL Chicken with his wife and business partner Lindsey Mann. “When we opened our first location three years ago, we could not have foreseen the amazing support we have received thus far. We are so very thankful. And now with our second location, we are in great company on University Boulevard.” 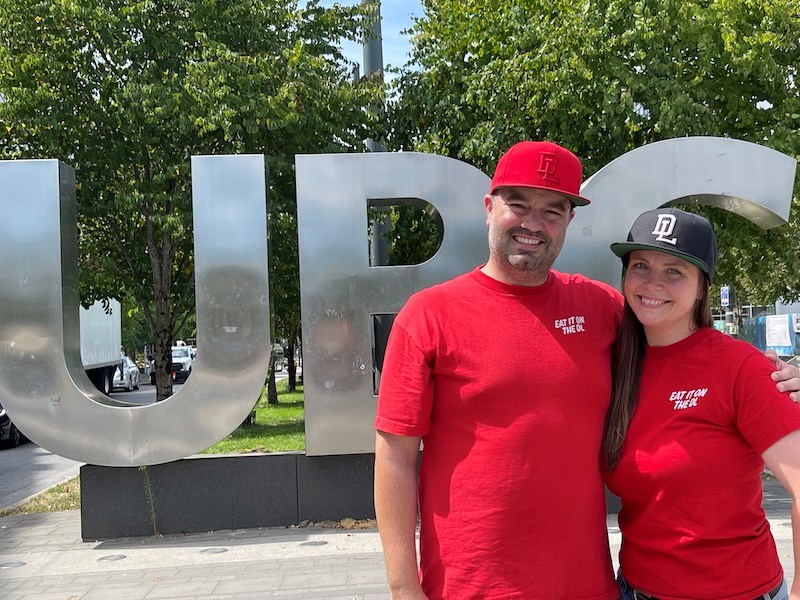 Stephen and Mann also operate Downlow Burgers out of The American on Main Street, and the Catchweight fish and chips food truck.