A slice of France will soon offer yet another sweet temptation along Vancouver's Robson Street.

Paul, a French bakery with an origin story that dates back to 1889, is opening their first Canadian location in Vancouver.

Signage for the bakeshop has gone up on the exterior at 1164 Robson Street, previously a retail space that had been home to Joe Fresh and RW & Co in past years.

Paul began, to some extent, as a family bakery run by Charlemagne Mayot and his wife in Croix, France. Their granddaughter married into the Holder family, who, by the early 1950s, were running a bakery called Paul. The families and businesses merged, keeping the name Paul. It would be 30 years, though, until Paul opened up outside of France, starting in Barcelona.

The Paul chain - still run by members of the Holder family - operates in over 30 countries worldwide. 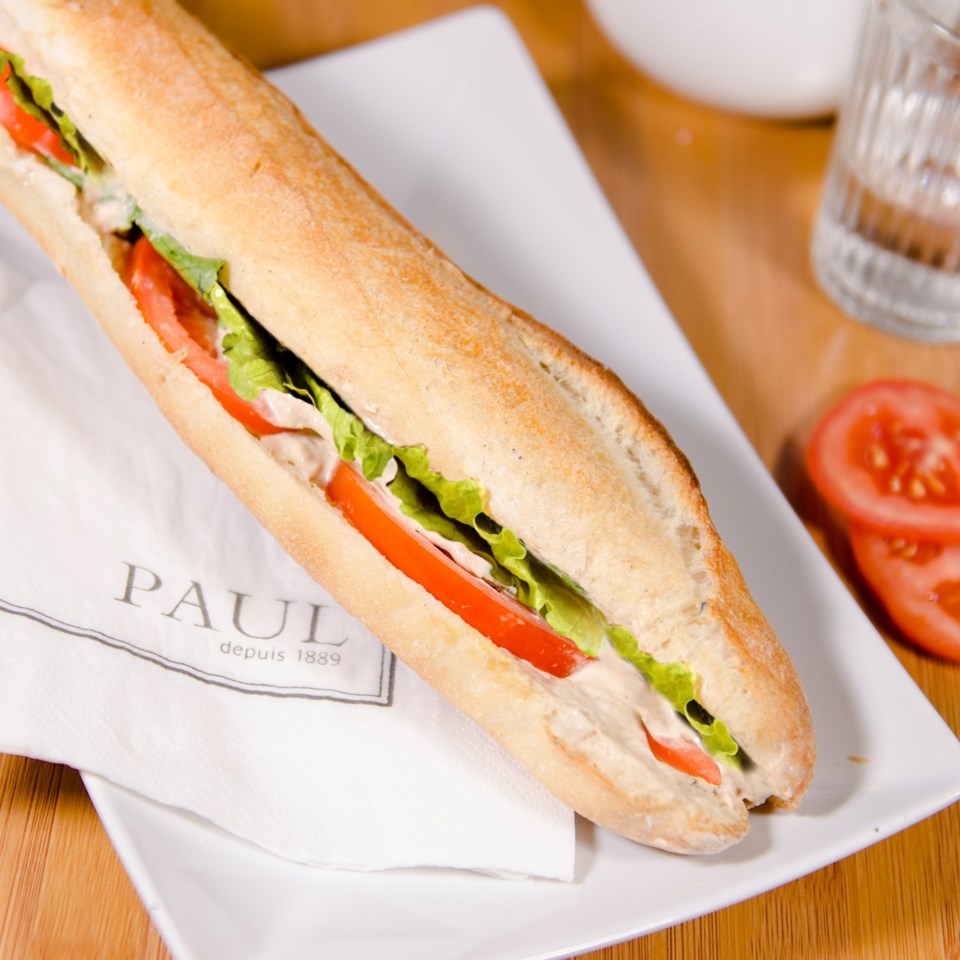 A sandwich from Paul on a housemade baguette. Photo: PAUL France/Facebook

The bakery is known for their pastries and sweet treats, breads and sandwiches, as well as their menu of casual French fare, including quiche, crepes, and salads, as well as combination meals, drinks, and kids' selections.

Paul's arrival in Vancouver, and in particular on Robson, furthers the city's embrace of French imports (Paris' macaron mecca Ladurée began its Canadian life down the block on Robson) and European-style bakeries. Robson Street itself was long ago a destination for European shops and restaurants - in fact, it was called Robsonstrasse, using the German word for street, strasse), and a 1990 L.A. Times travel piece even points people to the Old Heidelberg restaurant at 1164 Robson Street. (Absolutely none of the places they mention, as it happens, are still open.)

We've reached out to Paul HQ in France about the impending opening, and will update when we have more info.