One of Vancouver's best restaurants is re-opening for dine-in, but you'll have to pre-pay for your meal

We aren't just no fun city, we're no show city, and in the COVID-era, a no show for a restaurant running on half capacity could do a lot of damage

In what we've started referring to as the "before times," a reservation at Vancouver's St. Lawrence restaurant was a hot commodity. The 54-seat Powell Street restaurant offering a fine-dining take on the hearty meat-forward fare of Quebec has been a dazzling gem in the crown of Vancouver dining since even before it opened back in 2017.

Quebec native J.C. Poirier had Vancouver all ears when word broke that the former Ask For Luigi and Pourhouse chef was going to put cuisine of his home province on Vancouverites' plates. Would a city obsessed with cold-pressed green juices, Buddha Bowls, and sushi want to tuck into savoury game meat pies in buttery crusts, baked potatoes loaded with cheese curds and floating in gravy, and slices of sugar pie?

The number of Instagram shots of St. Lawrence's signature Oreille de Crisse (fried and spice-dusted pork rinds) served brimming over a recycled Quebec maple syrup can (guilty!) should easily answer that question. St. Lawrence was an instant stand-out, and tables were booked months in advance.

It should come as no surprise that Poirier isn't all that interested in being like everyone else when it comes to restaurants in Vancouver.

Given his step-ahead or outside the box approach with St. Lawrence, it should also perhaps not be surprising that the way in which the popular and critically-acclaimed restaurant plans to re-instate dine-in service as the province shifts into "Phase 2" of its COVID-19 economic restart is also unconventional.

Now, to get one of the even fewer dinner reservations at St. Lawrence, you're going to have to buy your food before you get to the restaurant.

Starting May 28, St. Lawrence will offer a Table d'Haute three-course menu, available by booking - and paying - in advance. 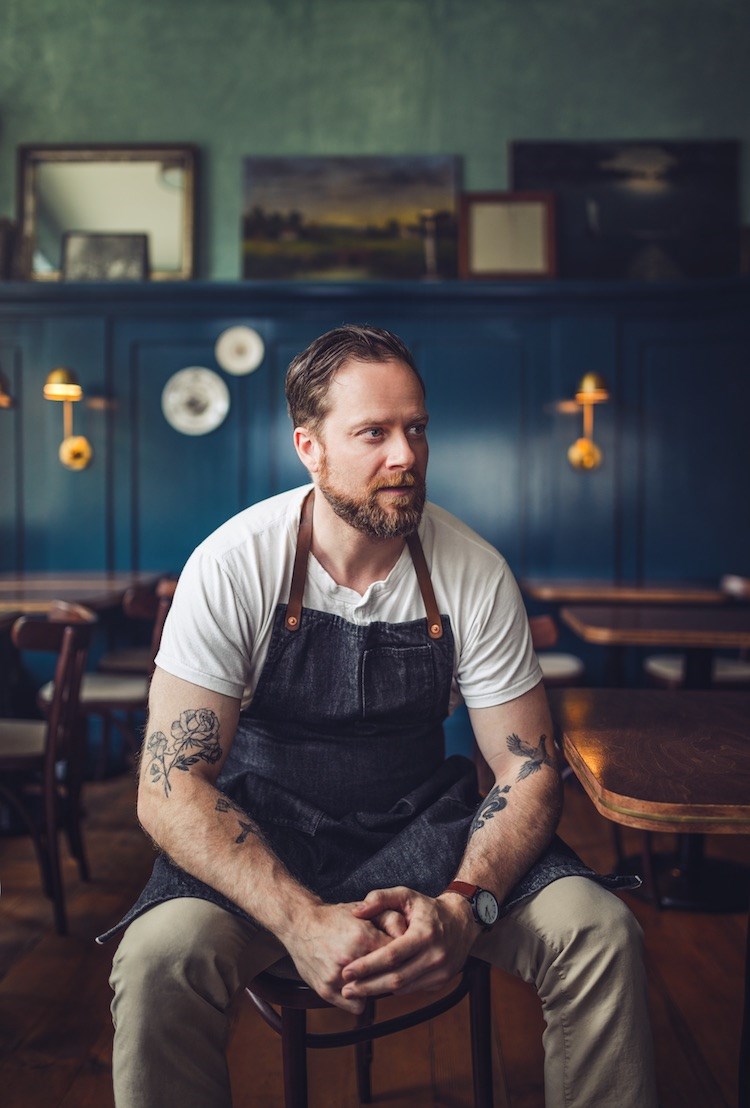 Poirier says he arrived at the decision to have dine-in service at St. Lawrence be by pre-payment only in part because of the certainty it offers him in regards to food costs and staffing for any given night.

Controlling food costs are key at any time, but are even more so now, as the local food systems and the industry they support attempt to recover after crippling set-backs when COVID-19 forced local and provincial governments to close down restaurants to dine-in service.

Though Poirier says he is conscious at all times of minimizing food waste, COVID-19 has affected farmers and other suppliers to the extent that the system is "basically broken," right now.

In those "before times," as well, St. Lawrence could serve about 100 meals - called covers in restaurant speak - at night, with about two "turns" of each of the restaurant's seats. Now he is having to pare down the capacity to 24 chairs and has even opted to remove the bar seats - once the possible only spot for walk-ins - rather than affix a Plexiglass shield between the open kitchen and those seats.

A no-show before COVID-19 would chip away at the already razor-thin profit margins of a restaurant, but a no-show no would be exponentially more damaging to the bottom line.

"No shows will hurt a lot for 50 per cent capacity," attests Poirier.

Sure, Vancouver might have the nickname "no fun" city, but we have also earned the rep in the hospitality business as being a "no show" city.

After closing down in mid-March following B.C. public health and City of Vancouver orders, Poirier took some time to re-group before St. Lawrence went back online to offer take-home meals. It was then that Poirier moved St. Lawrence to Tock, the online booking platform that first appeared on the scene in Vancouver in early 2018 and that is structured to take advance payment for or charge penalties for missed reservations.

Those take-home meal offerings will be part of St. Lawrence's immediate future, too. Poirier talks through the math, explaining that if he is able to do two "turns" of his dine-in tables and has about 50 meals ordered for take-out, their revenue would "be close to what we did before."

Poirier does add, however, that he is also working on more revenue streams tied to the restaurant, like packaged products and offering delivery of those items through increasingly popular local services like Legends Haul.

Close is going to be probably the best we can expect our favourite restaurants to achieve right now, given the circumstances.

"I don't think any restaurant will make money," says Poirier of the industry's immediate economic outlook. Instead, he surmises it will be a matter of survival and trying to "lose as little as possible."

The chef and restaurateur acknowledges that St. Lawrence is not known for being a place you can just walk-in to, so the customer base may already be comfortable with pre-paying for their meals. "It's a risky move, of course, but I think [diners] will understand," he says.

Poirier says customers have a lot to consider when it comes to the kind of businesses we want to have in our city in our near future. "Think about which restaurants you want to see on the other side," of the COVID-19 pandemic, Poirier urges. He hopes consumers will throw support to those establishments that practice high standards, follow a strong work ethic, and serve top-quality food. But there's also what else a restaurant brings to the table, that kind of "fill your soul" cultural experience. 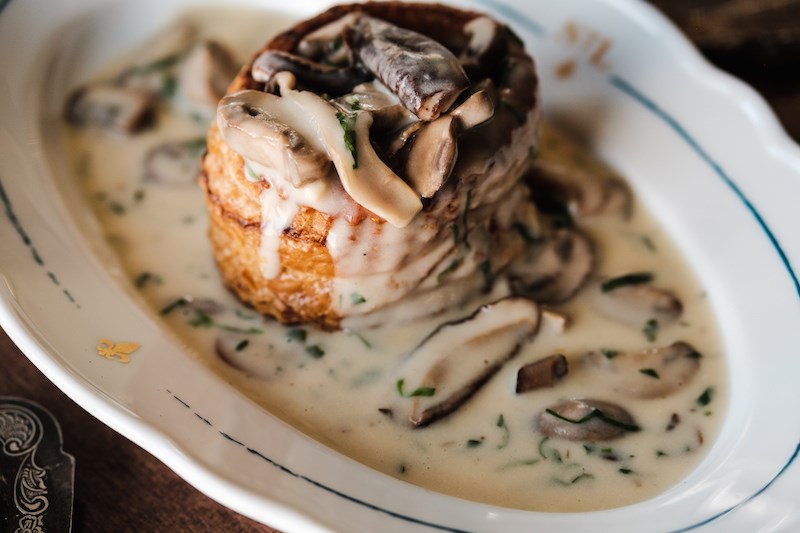 To that end, Poirier likens dining out to the kinds of things we as a society are perfectly at ease with pre-paying for, like concerts, certain art exhibits, sporting events, or the theatre. With the "buy a ticket" mentality, diners can fulfil their expectations of being entertained by a meal, and "have an experience that's going to stick with them for a long time, that they can talk about."

Will it work? Poirier says he has a "gut feeling," it's the right choice for his restaurant for the time being, and that suspects there are peers in the industry who could benefit from doing the same. Poirier says he does not know how long St. Lawrence will want or need to operate this way, either.

Being a step ahead or even apart of the curve is familiar turf for Poirier (he also says "I felt like I didn't want to do what everybody else was going to do," of his choice to do pre-paid dinners only) but it has, so far, paid off for the chef and his Quebecois restaurant on the west coast.

And will more Vancouver restaurants turn to pre-payment to give them some much-needed financial certainty? It's possible.

Besides, after the "before time" comes what we're in now, and what everyone likes to call these "unprecedented times." Anything is possible.

So what's a restaurant to do but change course.

The new table d’hôte menu at St. Lawerence restaurant is available Wednesdays through Sundays beginning Thursday, May 28. Guests will pre-order a three-course menu with their choice of appetizer, main, and dessert. Reservations and pre-payment for dine-in, and take-out, are done via Tock. St. Lawrence is located at 269 Powell Street in Vancouver.