Another major Canadian food chain is going beyond...Beyond Meat that is. Tim Hortons announced Wednesday they are rolling out their three new breakfast sandwiches nation-wide following a brief test run. The sandwiches are made using the 100 per cent plant-based meat substitute, including one fully vegan option. 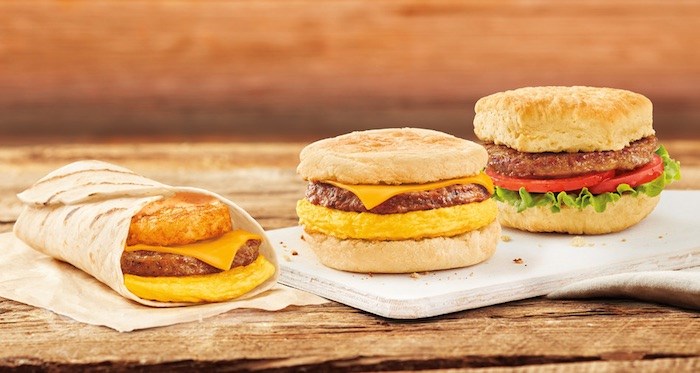 "[T]he Beyond Breakfast Sausage™ allows all Tims guests, including vegans and meat lovers alike, to enjoy the taste and satisfaction of a breakfast classic they know and love, without sacrifice," says Tim Hortons in a media release.

Tim Hortons joins Canadian fast food chain A&W in getting Beyond Meat on the menu, who use both the burger and the sausage patty. Other restaurant companies using Beyond Meat in Canada include White Spot, who recently debuted the burger, and Quesada, who use the Beyond Meat "Feisty Crumbles" in their Tex-Mex offerings.

Additionally, Tim Hortons is taking a page out of Starbucks' book and launched two new high protein Omelette Bites earlier this spring. Of course, we do know that some Metro Vancouver coffee drinkers refuse to set foot in Timmies - will these new food options change any minds?

This story has been updated to reflect the Canada-wide rollout of the new Beyond Meat items.