The restaurant was considered a hidden gem by fans of its elegant interiors, contemporary dishes, and stellar patio views.
Nov 17, 2020 1:49 PM By: Lindsay William-Ross 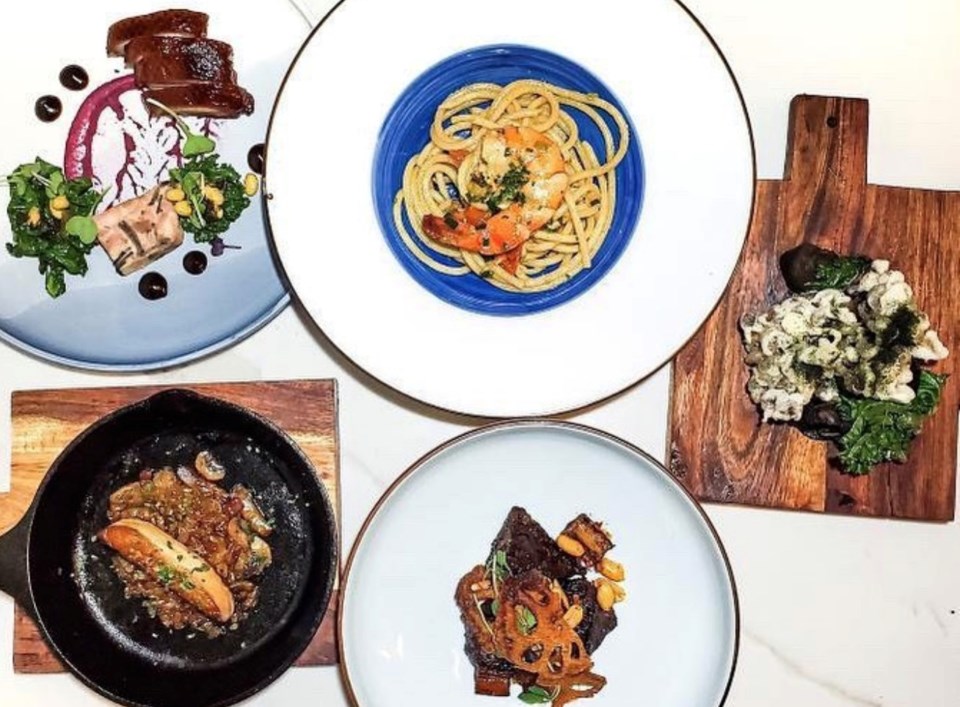 On season 8 of Top Chef Canada, which aired this past spring, Vancouver viewers looking to cheer on the local talent had one chef-testant to root for: Chef Xin (Frank) Mao, the young proprietor of M8 Bistro & Bar, located under the Burrard Bridge.

While Mao did not take the top title in the competition, M8 (pronounced "mate") endured - even amidst the pandemic - until recently, when the modern Chinese-Italian fusion restaurant closed its doors for good.

Situated on a slice of prime False Creek waterfront real estate at 1010 Beach Avenue, M8 opened in the spring of 2019.

Considered by fans of its elegant, contemporary fare as a true hidden gem, M8 was known for its upscale interior, great views, innovative tasting menu, and weekend brunch.

During the spring and summer, M8 was open partially, including on its revamped patio, which debuted in July.

However, by early September, the restaurant was closed and was selling off its wine inventory. Their website is now expired, and Google lists the restaurant as permanently closed.

We reached out to Mao to find out more about the closure and any plans he might have for his next chapter. We'll update with that info if it becomes available.

Here's what it's like to eat unique foods at the restaurant inside a Metro Vancouver car dealership (PHOTOS)
Nov 16, 2020 1:20 PM