Bring on the babka and borsch!

They've gone from a farmers' market stand to a tiny space in New West to having a flagship bakery and restaurant in Vancouver, and now the Ukrainian restaurant Kozak is opening its second location in the city.

Kozak is setting up its third brick-and-mortar operation at 1 West Cordova in Gastown.

The location was most recently Bauhaus, the German restaurant owned by incendiary film director and passionate foodie Uwe Boll that closed down at the onset of the coronavirus (COVID-19) pandemic in Vancouver but was unable to re-open due to an alleged dispute with the landlord. (The Bauhaus Facebook page is still active, for those looking to keep up with Boll and what he calls the restaurant's "legal battle.")

Previously, the space has had a long history in Vancouver; the original structure was built in the late 1800s and had upper levels added on in the early 1900s, and was the Boulder Hotel. Prior to Bauhaus' tenure, 1 West Cordova was home to the acclaimed local restaurant Boneta starting in 2007 (before Boneta moved to a nearby address a few years later).

In any event, Kozak is the new leaseholder for the space, and are currently in the hiring process, aiming for a late April launch. 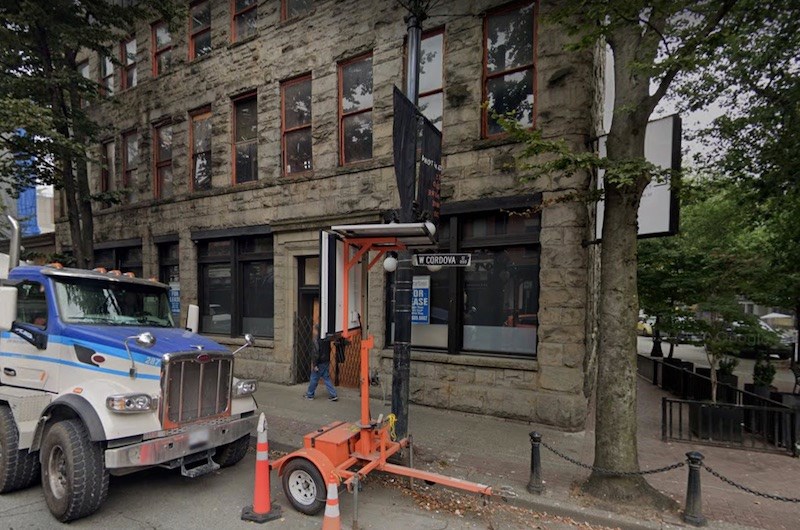 The space at 1 West Cordova Street in Vancouver as seen in September 2020. The new occupants will be Kozak, a Ukrainian restaurant and bakery that began in New Westminster. Photo via Google Maps

Kozak actually started out as Solodko Bakery, operating a stand at farmers' markets for their baked goods, ranging from long-fermented sourdough to an indulgent Brooklyn-style dark chocolate babka. They launched at 444 6th Street in New Westminster in mid-2015, offering not only their breads and treats, but also expanding the menu to include other traditional Ukrainian fare, ultimately opting to re-brand to Kozak.

They have fantastic lunch combos and do a lot of take-out and prepared food business as well.

We'll keep you posted on the opening.