You can get a donut hot dog at this Vancouver deli

Meet the Brätnut. Its creator calls it the perfect combo of salty and sweet.
Jun 9, 2021 1:09 PM By: Lindsay William-Ross 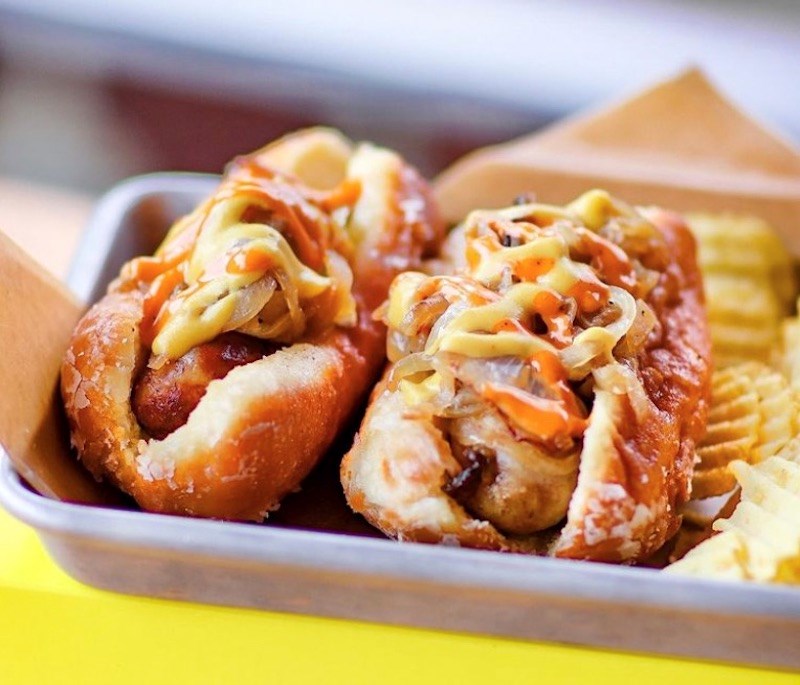 The Brätnut is the collision of a pork bratwurst and honey-glazed donuts.@with.rose.love via @kaisereckdelicatessen / Instagram

Vancouver has seen its share of donut hybrids and mashups, from the "frissant" (that's fritter plus croissant) to donut tacos. Now a pair of veteran Granville Island food stands have joined forces to offer the Brätnut. Yes, that's right: It's basically a donut hot dog.

The Brätnut is the combo efforts of Lee's Donuts (if they spell it "donut" we are going to here, too - don't @ us) and German deli Kaisereck, both located inside Granville Island's legendary Public Market.

The combo of donut and tubular meat is comprised of the following: A mild pork brätwurst served in two honey-glazed Little John donuts from Lee's, topped with caramelized onions, honey dijon and chipotle mayo.

As for how it tastes, Kaisereck says it's the perfect combo of salty and sweet - but that to really know, you'll have to try it yourself.

Available every Wednesday, Friday, and Sunday, the Brätnut launched earlier this year at the deli.

Humble polenta gets the royal treatment on this festive limited-time menu
Jun 8, 2021 2:11 PM