And the man now charged with answering to the political shifting that has rattled the organization has been John Coupar, the party’s longtime park board commissioner.

Municipal politics watchers were surprised to learn April 5 that Coupar was appointed the party’s mayoral candidate for 2022.

Three NPA city councillors — Colleen Hardwick, Sarah Kirby-Yung and Lisa Dominato — were also surprised, particularly Hardwick and Kirby-Yung, who were poised to seek the mayoral nomination with the party.

But there was no nomination meeting.

The trio first issued a statement via social media April 6 in response to Coupar’s appointment, saying they were “taken aback” by the board’s decision.

Then on Wednesday of this week, after getting no satisfaction from a conversation Monday with Coupar and NPA president David Mawhinney, they announced they were quitting the party.

Coupar spoke to Glacier Media Friday to answer questions around the controversy.

The interview was conducted prior to NPA school trustees Carmen Cho, Fraser Ballantyne and Oliver Hanson announcing Friday that they, too, have quit the party and will sit as independents.

“Today, we announce that, effective immediately, we will be sitting as independents for the balance of our terms as trustees of the Vancouver School Board [District No. 39] following months of controversy surrounding the NPA board,” the trustees said in a statement.

The following is an edited and condensed version of the interview with Coupar.

I wanted to start by getting your reaction to councillors Colleen Hardwick, Lisa Dominato and Sarah Kirby-Yung leaving the party.

I’m disappointed, but they made their choice. I wish them well. I’ve worked with all of them, including working with Sarah on park board for a number of years. I actually like to think I was kind of a mentor to her, and helped her at that time. Politics is always interesting in Vancouver, that’s for sure.

The three councillors  say the breaking point was your appointment as the party’s 2022 mayoral candidate.

Well, that’s how they’ve characterized it. Certainly, Sarah supported me in my nomination attempt [in the party’s 2018 mayoral nomination race] and has always been supportive. There was a feeling that they [Kirby-Yung and Hardwick] wanted to take a shot at [becoming the party’s mayoral candidate]. But I think the board looked at it and thought they really wanted somebody experienced, and somebody they thought could do the job. So I was very honoured to have accepted [the invitation]. I wish they perhaps would have given it a bit more time. We had a conversation a couple of days prior and there was no ultimatum in that conversation. I thought the conversation ended pretty well. I kind of hoped they would work with me, but they made another decision. So life goes on.

You knew that Hardwick and Kirby-Yung were interested in seeking the party’s mayoral nomination. So why not hold a nomination meeting and let members decide who they wanted to lead them in the 2022 election? Wouldn’t that be a fairer exercise?

Well, I feel I’m the right person for the job and I’m going to do the best for the residents of Vancouver, and that’s why I accepted [the board’s invitation to be the mayoral candidate]. We’ll see how it all pans out and I’m optimistic about the future. 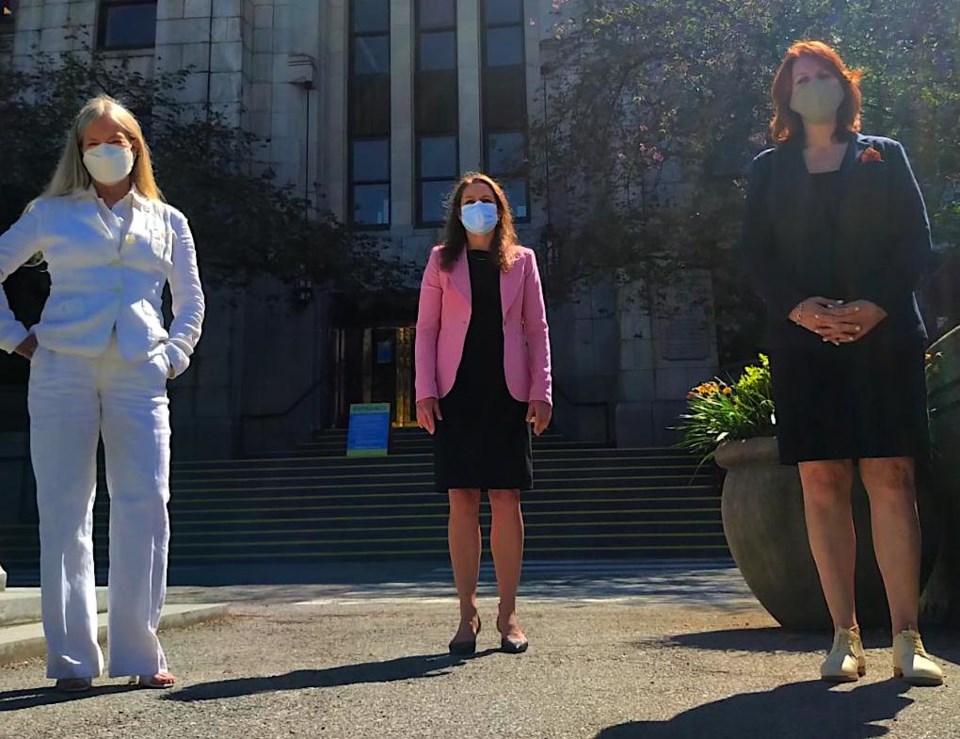 Were you concerned that either Hardwick or Kirby-Yung would defeat you in a nomination race?

No. I think that I have strong support — I’ve always had strong support within the NPA. It was really a question of we needed to get out earlier and be in a position to get organized. It’s going to take a lot of work over the next 18 months. [Mayor] Kennedy Stewart has been running for re-election since the day he got elected. Other competitors also indicated they were going to do the same. So the NPA board made a decision that we needed to get going quickly, and I had been previously vetted before [in the 2018 mayoral nomination race against Ken Sim and Glen Chernen].

Again, why not hold a nomination meeting?

It’s certainly not required under the bylaws or the constitution of the NPA. All of those [three] councillors were appointed previously [in 2018]. So it’s not unusual. Suzanne Anton was appointed as the mayoral candidate in 2011 and so was Kirk LaPointe in 2014.

But in 2018, the NPA had a callout for expressions of interest, where candidates had to apply and be vetted before getting appointed. None of that happened with your appointment.

That will likely happen with the other positions [for council, school board and park board], but there was a decision by the board to do the appointment route and it’s not at all unusual. Had the councillors [Hardwick and Kirby-Yung] been seriously interested [in becoming the party’s mayoral candidate], all they had to do was talk to the board. The board or the president of the NPA is not hard to contact and say, ‘I’m interested and what’s the procedure?’ But obviously that was not done. I indicated the last time around that I was interested in doing it. I have been a strong opponent of some of the policies of the COPE-Green alliance on park board, and I think the party’s board sees that. And we’re not seeing a lot of opposition to Kennedy Stewart from the previous NPA councillors. That probably was part of it.

I’m not sure that’s true — about Hardwick, Dominato and Kirby-Yung voting in step with Stewart. [The mayor and the three councillors have voted differently on property tax hikes, supporting the Vancouver Police Department’s operating budget and issues related to housing].

Explain how in January the caucus issued a news release that included your name asking for an immediate AGM, which didn’t happen and you are now the NPA’s mayoral candidate.

The AGM and the nomination process are completely separate. The other thing is, there was concern at the time [of the release] about a particular board member [Angelo Isidorou] and he has since resigned.

Right, but you were calling for an immediate AGM. And if the board had done that, you could have conceivably sorted out these issues about the board and the process for choosing a mayoral candidate.

There will be an AGM where we can sort out some issues. I think you’re going to see some really solid appointments to the NPA board shortly, and I think that will make a lot of people happy.

Will these new board members be in addition to the current roster, or will they replace some of the current directors?

In the last couple of weeks, we’ve seen the launch of the A Better City party. Ken Sim intends to seek a mayoral nomination with the party. Mark Marissen confirmed he’s running for mayor and plans to seek a nomination with the new version of Yes Vancouver. There seems to be a glut of centre-right candidates, including yourself, seeking the mayor’s chair. Doesn’t this just give Mayor Kennedy Stewart an easy ride to re-election?

It’s far too early to say that, and that assumes you won’t see candidates appear on the other side of the spectrum. And by the time of the election, you might see some coalescing [of candidates]. It’ll be interesting to watch, for sure.

Back in October 2018, five NPA city councillors were elected. Now the party has one representative on council. How do you explain to that voters and party supporters?

I’ll just be explaining my vision and what I want to see going forward. Voters will have an opportunity in the next election who they want to select. I’m not interested in looking back, I’m looking at solutions for Vancouver moving forward. That’s going to be my focus.

But how do you attract council candidates with so much turmoil swirling around the party?

I don’t think we’ll have any trouble attracting council candidates, at all.

I think the NPA brand is still a strong brand, and I think there’s a lot of people who want to see some change in Vancouver. I think they expected change after the Vision Vancouver years [2008 to 2018], and I think what they got was more of the same.

Do you have any regrets about what’s happened with the party, particularly the loss of three popular councillors?

As I already said, I hoped they would have taken a little more time and spent a little more time giving me a chance to work with them. But they chose another route, and that’s their prerogative. We’ll move on and we’ll go forward. I’m confident by 2022 that we’ll be in good shape and we’ll have policies and plans that people will be excited about. So I’m looking forward to building that with our team and more people coming onto the team.

Melissa and I were both elected in 2011 and worked together on the park board. We’ve always worked together pretty well over many, many years and she does good work and I’m glad that she’s on the team.

The municipal election is in October 2022.