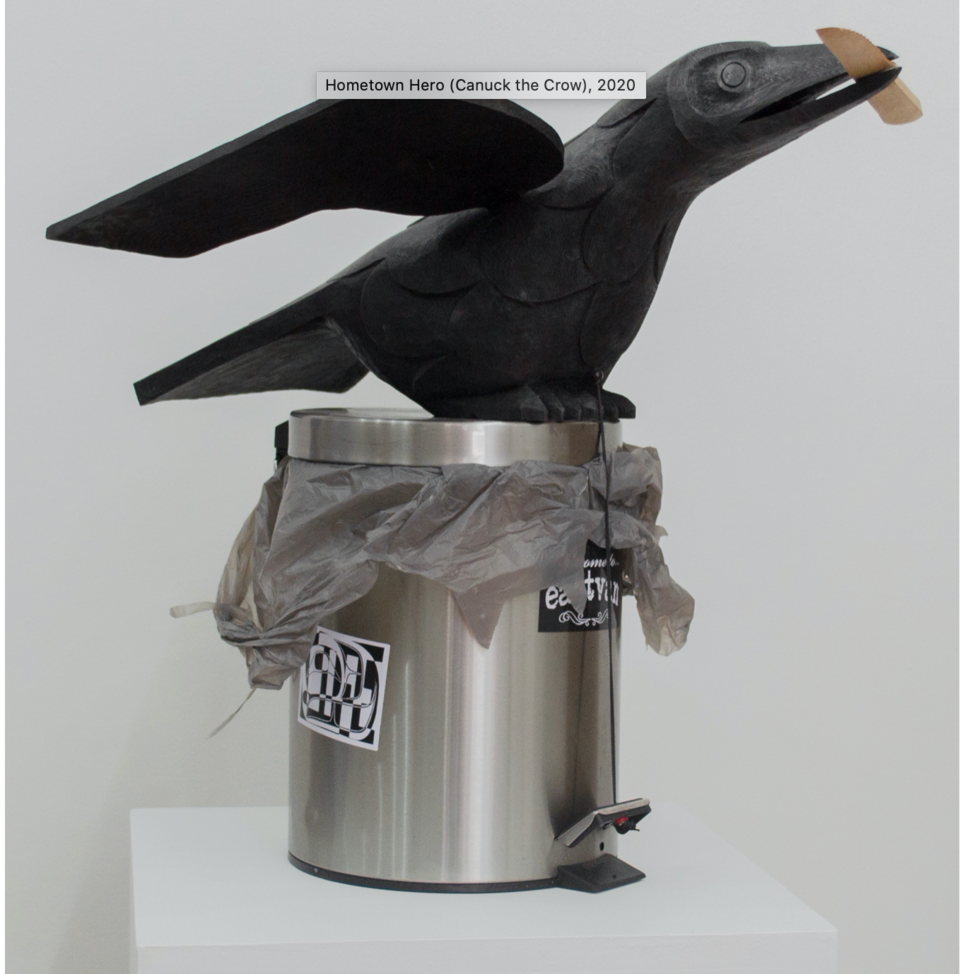 Hometown Hero (Canuck the Crow) was created by Haida artist Corey Bulpitt, whose work is currently being featured in an online exhibition by Vancouver's Fazakas Gallery. Photo: courtesy of the Fazakas Gallery

As the one-year anniversary of beloved Vancouver icon Canuck the Crow's disappearance approaches, a B.C. artist has immortalized the bird into a stunning carving that's currently featured in an online art exhibition - and it's for sale.

Indigenous artist Corey Bulpitt was inspired to create the piece, titled Hometown Hero, by the mischievous bird who gained notoriety when he stole a knife from a Downtown Eastside crime scene in 2017. Canuck captured the hearts of Vancouverites through his special relationship with a local mailman, eventually building an impressive social media following of over 100,000 people eager to keep up with his adventures, which included riding the skytrain, visiting the PNE, and even helping himself to people’s meals at McDonalds.

Canuck was even named a federally protected bird - not to mention Vancouver's Unofficial Ambassador - before going missing on Aug. 30 last year. A $10,000 reward was even offered for the bird's safe return, unfortunately to no avail.

Bulpitt, an avid painter, jeweller, and wood and argillite carver from Haida Nation, is the latest artist to keep Canuck's memory alive through art.

Hometown Hero depicts Canuck, carved from red cedar and positioned atop a metal trash bin, clutching a carved cedar knife in his beak. Bulpitt added a “Welcome to East Van” sticker to the trash bin, "as an homage to one of the city’s cultural hubs, home to vibrant street art, eclectic small businesses, and one of the strongest local sense of community."

The 19.5″ x 22″ piece is currently featured as part of Supernova, an exhibition of Bulpitt's work put on by Vancouver's Fazakas Gallery, running online until Aug. 15. The creation is listed for sale for $12,000.

Bulpitt previously received the BC Creative Achievement Award for First Nations Art for Artistic Excellence in both traditional and contemporary visual art in 2017.