Filming for an American TV series will also take place at Riverview Hospital in Coquitlam.
Nov 24, 2020 12:35 PM By: Elana Shepert 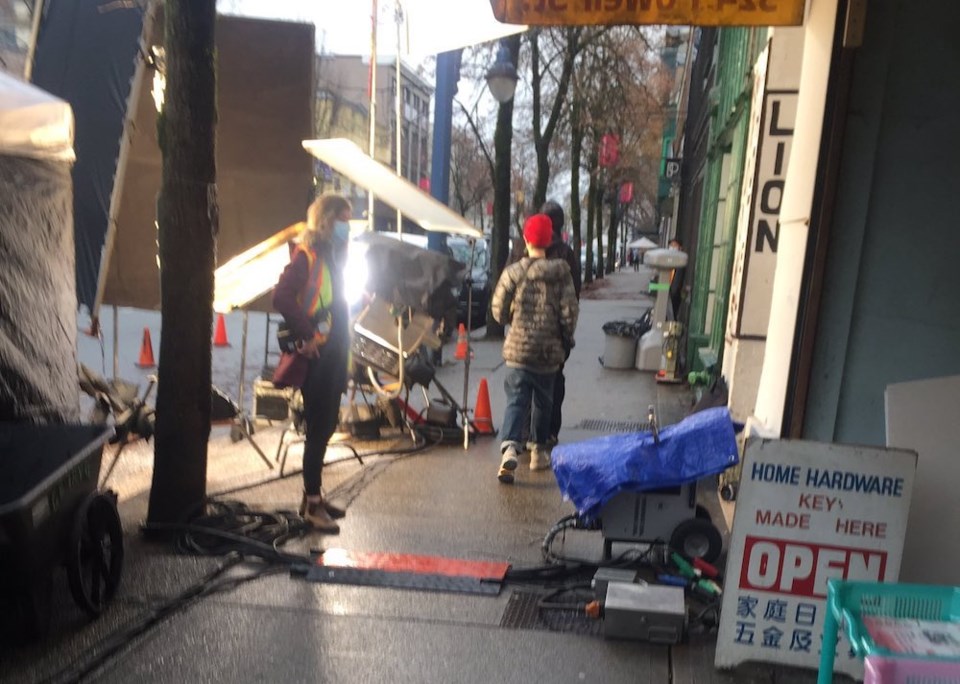 Vancouver film buffs should be on the lookout for several productions that are shooting across the Lower Mainland this week.

Here in the city, filming for the feature production The Mahalia Jackson Story continues in Gastown. Monday, @JordanVanMusic shared a few images of the film set at 324 Powell Street and noted that filming would continue later in Stanley Park. He added that the film crew would return to Gastown on Nov. 24 and that they would bring "classic cars" with them.

Last week, Vancouver Is Awesome shared a resident notification letter for the production, which is about the influential gospel singer's life and legacy.

Filming for an American TV show called Motherland: Fort Salem will also take place at Riverview Hospital in Coquitlam today, according to a Tweet by @WhatsFilming.

The show is about three young women who use witchcraft in "combat magic."

Filming also continues in North Vancouver, and a local took to Twitter to share a video of the set for some at Spur4 in the Lower Seymour Conservation Reserve.

Something has been setting up for the past 5 days here at Spur4 in the LSCR, no signs around🤔 @WhatsFilming @yvrshoots pic.twitter.com/kW1Ku5LL6E

This month in Vancouver film

Vancouverites took to Twitter earlier this month to share images of the film set for The Mysterious Benedict Society in Gastown, as well as to share information about upcoming filming times and locations.

ABC's A Million Little Things was also filming in Gastown this month, and Vancouver Police assisted with a temporary road closure of the 100 block of Alexander Street.