He's inspired by artists such as Len Norris, Aislin, and Duncan Macpherson

I'm extremely proud to introduce you to our new (and first ever!) editorial cartoonist, the amazingly talented and witty Geoff Coates!

If you recognize his name that's either because you're really into video games and the people who make them or you saw his humorous cartoon about Vancouver's "wet cold" that recently went viral.

When not drawing very-Vancouver cartoons Geoff works as an art director at Relic Entertainment's video game studio in Mt Pleasant.

A resident of the city for 30 years, he's been working in the gaming industry for 25 of those, at studios such as EA, Propaganda, Nexon, and Next Level.

He lives a block off Main Street with his wife, Angie, and their dog, Meatball. He's travelled a lot as an adult, and while he loves seeing the world, he "can honestly say there’s nowhere more beautiful, nowhere I’d rather live, than here."

Geoff's our kind of people.

When we asked him about editorial cartoonists he's been influenced by he told us that he "was a weird kid who was really into politics from an early age," and that he had a relative who worked in the space back east and who taught him a lot.

He got into reading political cartoons "back when they carried a lot of weight", idolizing artists like Len Norris, Aislin, and Duncan Macpherson.

"They were my heroes, and I spent a lot of time drawing Pierre Trudeau and Rene Levesque. You know, as kids do."What should you expect to see from him on our website and social channels?

As Geoff tells it, "I’m interested in drawing and poking fun at what living in Vancouver is like. The frustrations around affordability, the weather, things like that. I want to draw things that Vancouver residents can identify with, and capture things that make Vancouver so different from anywhere else in the country.

Watch for a new cartoon every week, and be sure to follow Geoff on Instagram at @geoff.coates 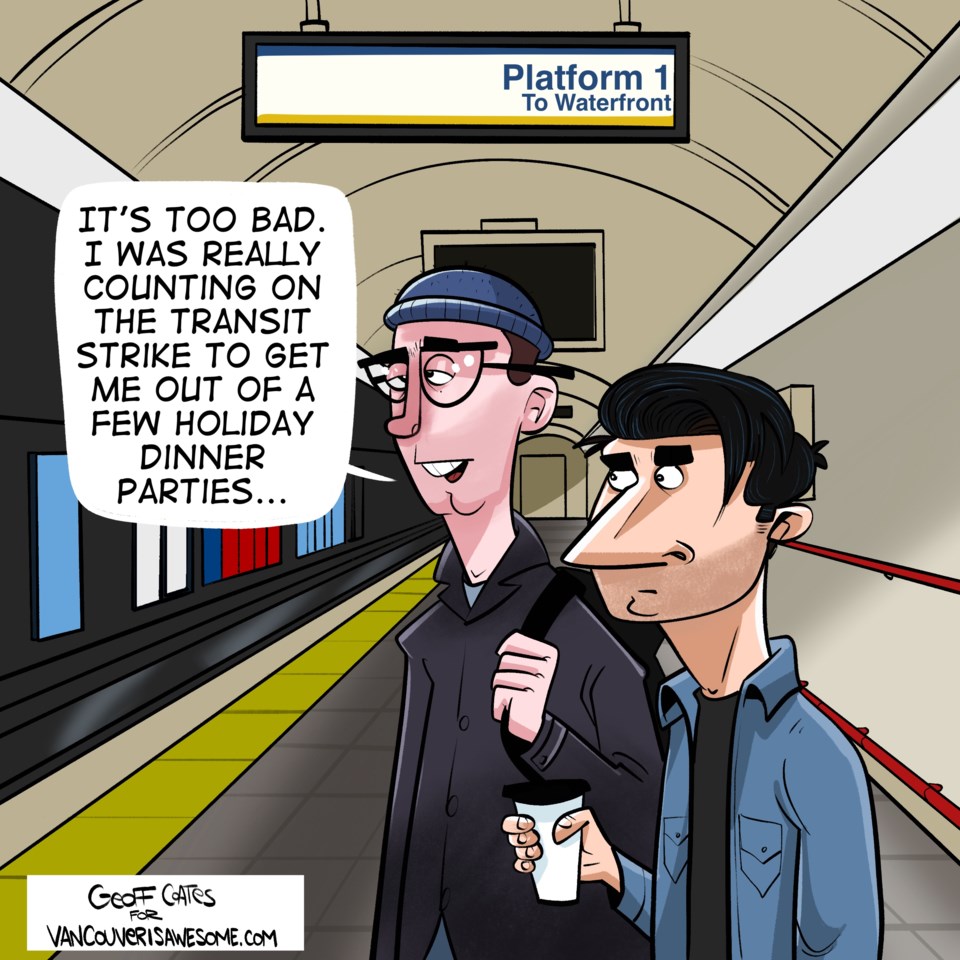