This Vancouver station is offering gas for 89.9 cents per litre

Gas prices continue to plummet across the country in the wake of the COVID-19 pandemic. However, analysts caution that they might rise in the next couple of days.

While B.C. gas prices haven't dropped past 69 cents per litre litre this week, a couple of Vancouver stations have dropped significantly. Earlier this week, the cheapest stations were showing prices just under a dollar a litre.

These three stations are significantly cheaper than other stations, which are offering gas starting at 97.9 cents per litre. 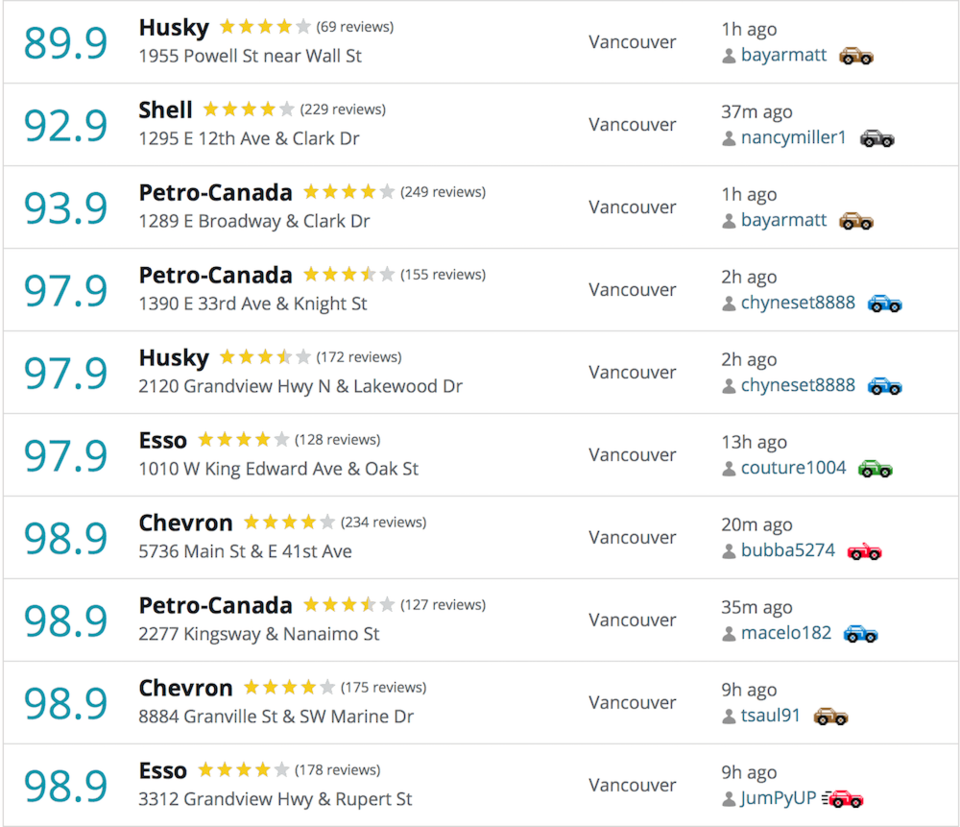 The top ten cheapest stations in Vancouver as of April 3. Photo: GasBuddy