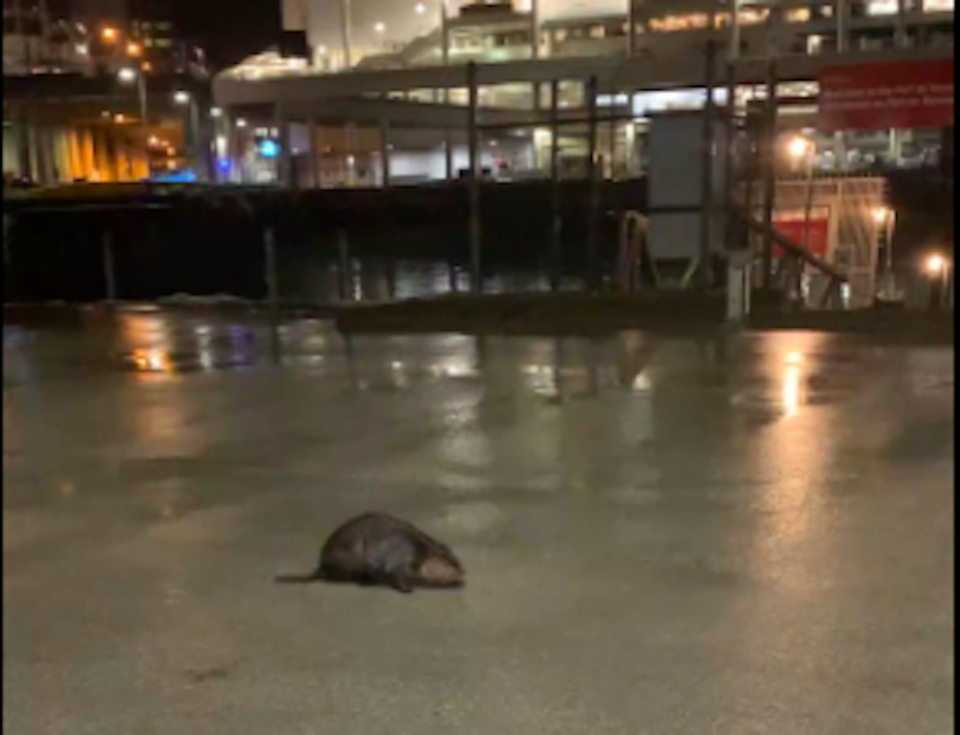 Seen mostly at dusk and dawn, the beavers are shy, and it is easier to spot them if you are quiet and calm. Photo via u/theselooselemons / Reddit

While it's quite common to spot a squirrel or even a raccoon in downtown Vancouver, it's not every day that you see a beaver wobbling around the city.

But that's exactly what one Vancouverite spotted while they were downtown this week.

In a video posted to Reddit by u/theselooselemons on Jan. 7, a small brown beaver is featured walking across the wet pavement at night with the caption: "Sighted in...downtown Vancouver???!"

Numerous people have commented that the rarely-spotted rodent looks lost, while Reddit user WhatRUaBarnBurner jokes that "this is so f*cking Canadian."

At the time of this writing, the video has been up-voted a whopping 1,600 times.

Sighted in... downtown Vancouver??! from r/vancouver

Seen mostly at dusk and dawn, the animals are shy, and it is easier to spot them if you are quiet and calm.  Lost Lagoon has two lodges, but they are nearly impossible to locate. One is in the east and one is in the west, but they are hidden underneath shrubbery and trees. On the other hand, the lodge at Beaver Lake is very easy to identify.

Vancouver Is Awesome spoke to Ariane Comeau, Conservation Projects Manager at the Stanley Park Ecology Society, about the park's semi-nocturnal rodents, as well as what role they play in the park's ecosystem. She notes the creatures are a keystone species, which means they play a vital role in sustaining other species in an ecosystem.

"The beavers eat the water lilies, which are an invasive species in the park," remarks Comeau. "The lilies cover so much of the water, and the beavers also pool water and make it deeper."

By eating the lilies, Beavers allow more space for fish, invertebrates, and birds. More comfortable in the water, Comeau adds that they create channels while they swim. She notes that they are able to move more quickly in the water, which keeps them safe from natural predators such as coyotes and river otters. In front of the lodge in Beaver Lake, she notes that they have cleared a significant amount of lilies from the water.