Halloween a 'scary time' for Vancouver bars amid restrictions 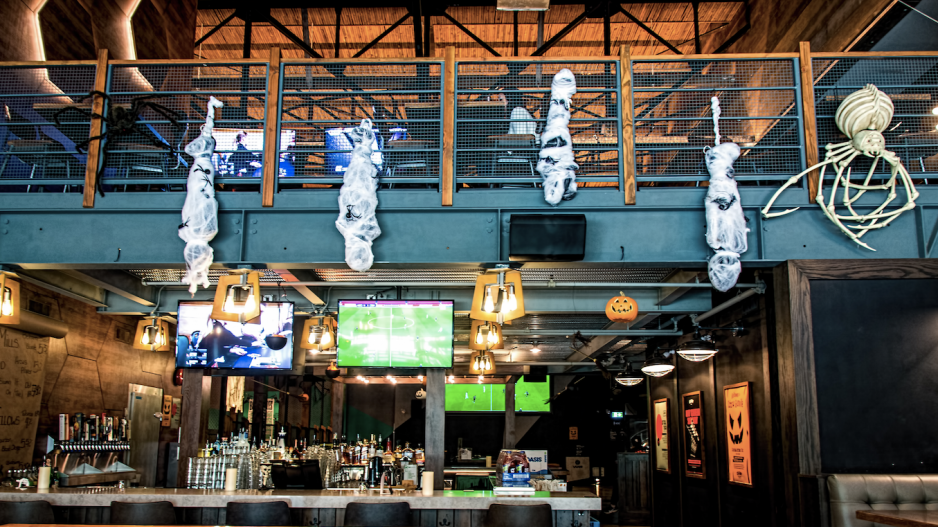 Cobwebs hanging from ceilings, some dry ice wafting from a witch’s cauldron, perhaps a plastic jack-o’-lantern that radiates orange from a lightbulb.

Throw in some fake dismembered hands, ghoulish drink specials and a sound system blasting “Monster Mash,” and you’ve got a B.C. bar prepped for Halloween.

It’s typically the biggest night for bar and nightclub sales after New Year’s Eve, according to Nate Sabine.

“Usually you go all out, you dress up the room to do massive prizes for the best costume,” said the director of business development at This Is Blueprint Management Ltd.

Blueprint operates nightclubs and bars across the city, including Fortune Sound Club and the Colony chain of pubs.

But even with Halloween landing on a Saturday this year, Sabine expects both sales and the atmosphere to be more muted as operators face perhaps their biggest terror yet: restrictions imposed last month by B.C. Provincial Health Officer Dr. Bonnie Henry have cut off alcohol sales at restaurants and bars at 10 p.m., while nightclubs and banquet halls remain closed indefinitely.

“It’s been incredibly challenging because, as it was with the restrictions, we were barely making [business operations] make sense. And now it’s a losing battle, revenue-wise,” Sabine said.

Blueprint briefly considered converting a shuttered nightclub into an alcohol-free haunted house experience in which patrons could book times to arrive and observe social distancing.

Vancouver Coastal Health was open to the concept and requested to see a plan before deciding, Sabine said.

But Blueprint ultimately determined it would have taken too many resources to justify running for only a few days.

“I have not heard anybody who’s got a brilliant idea on how to crack this one yet,” said Jeff Guignard, executive director of the Alliance of Beverage Licensees BC, whose industry group advocates on behalf of bars, clubs, private liquor stores and cannabis retailers.

He said bars face significant costs on out-of-the-box ideas meant to draw in patrons, while the new restrictions offer little guarantee of a return on investment.

Even live bands face restrictions on how loud music can be played within bars or restaurants (no louder than conversation-level).

If that wasn’t enough, Guignard said operators are facing competition from unlicensed pop-up clubs and bars rumoured to be operating underground as young people look to party in the pandemic.

But he added that B.C.’s restrictions will not affect all bars and all regions equally.

Rural and suburban community pubs haven’t been as hard hit by the pandemic compared with downtown locations, which are paying higher leases and have already lost their lunch and after-work crowds on top of tourists, Guignard said.

“If you’re in a bar in the entertainment district on Granville Street or in Yaletown or in a major urban centre, in some cases, about half your revenue comes in after 10 p.m. And if you’re in another major urban environment like Kamloops or Kelowna or something like that, it can be 25% of your revenue. And in rural environments, it can still be 10%,” he said.

“So putting all that together, it’s a scary time for a lot of operators in the industry.”

The federal government is offering some relief. It announced in early October that the current rate of its wage subsidy program would be extended through to December (the rate was scheduled to be halved next month) and that the program would be extended to June 2021 (it was originally scheduled to end in June 2020 after running an initial 12 weeks).

Ottawa’s commercial rent subsidy, which covers a maximum of 65% of eligible expenses until December 19, will now bypass approval from landlords and offer help to small businesses directly.

Sabine said the recent changes will be helpful, but he has other plans for Halloween.

“I’m going to take my daughter around our neighbourhood. I live in Mount Pleasant, and there’s a couple of houses that go crazy,” he said.

“We’re just going to go put her in her costume, see the sites, and then I’m going to go home and watch Donnie Darko.”