"The program will be based on individual need, to avoid financial hardship during this unexpected employment disruption."
Mar 13, 2020 5:29 PM By: Daniel Wagner 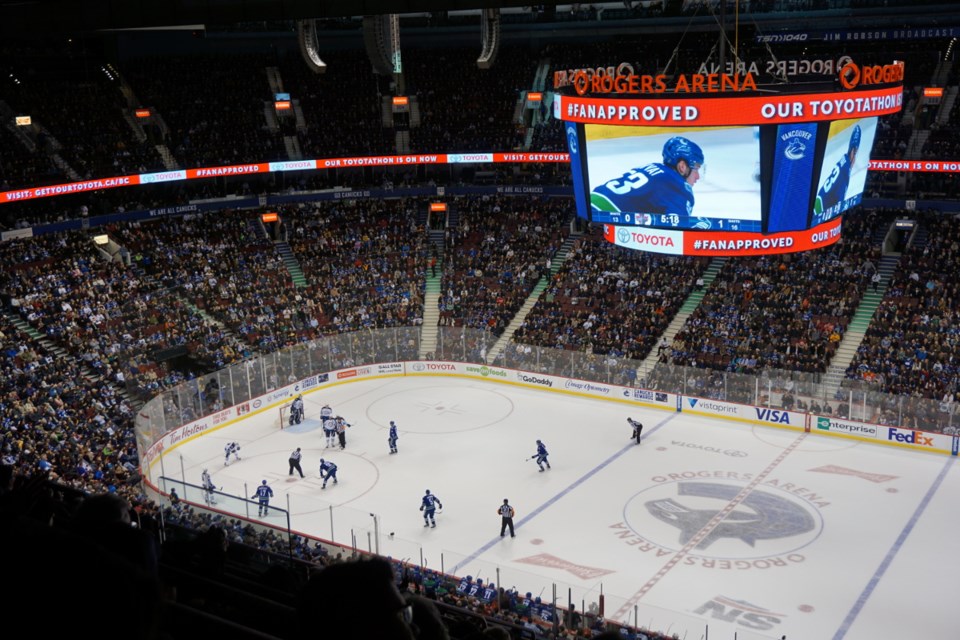 The suspension of the NHL season due to the COVID-19 outbreak affects more than just the players and the fans. The majority of event staff that work in the arenas are part-time employees, who depend on their hourly wage to pay their bills and support their families.

That includes ushers, concession stand workers, cleaning crew, and security staff, among others. While the NHL players will still be paid, these workers don't have the same assurances.

Some owners of NBA and NHL franchises have pledged to support the employees affected by this unexpected work stoppage, such as Mark Cuban of the Dallas Mavericks. For some other teams, the players have stepped up to help out. Sergei Bobrovsky, in the first year of his 7-year, $70 million contract with the Florida Panthers, pledged $100,000 to help part-time employees get paid, with his teammates matching his pledge and Panthers ownership contributing an undisclosed amount.

Not all teams are making that same commitment. Mark Chipman, the chairman of True North Sports & Entertainment, which owns the Winnipeg Jets, indicated that part-time employees would not be compensated.

"Those people are on part-time agreements," said Chipman. "They work when we work. So, regrettably, to the extent that we're not putting on shows and games, those people obviously would not have a call to work."

One of the co-owners of the Jets is David Thomson, the richest man in Canada, with a net worth of approximately $50 billion in Canadian dollars.

The Vancouver Canucks, at least, intend to do more than the Jets. According to a statement from Trent Carroll, Chief Operating Officer of Canucks Sports & Entertainment, the Canucks will be providing some form of financial relief for part-time employees.

Canucks Sports & Entertainment (CSE) recognizes the importance of its staff to our fans, our arena experience and business overall. CSE has committed to a program that will help any part-time employee who requires support. The program will be based on individual need, to avoid financial hardship during this unexpected employment disruption.

The safety and well-being of all Rogers Arena staff and guests remains at the forefront of every decision made related to controlling the spread of the COVID-19 virus.

It is unclear at this time what form this financial support will take or how "individual need" will be assessed.

The initial response to this pledge on social media has not been positive.

I recognize that they don't *have* to do anything and something is better than nothing, but like... Zion Williamson is doing more after his first season in the NBA lol https://t.co/Vz6QJNQU7H

Ummm this seems rather pathetic https://t.co/dLYrlzrnYA

Not a lot of definitive information but here's the release. Now you can determine whether you think it's good enough or not.

Personally, I think every organization should aspire to go above and beyond like Mark Cuban did. https://t.co/MnFg7J32q1

If you're a part-time employee, you'll most likely need financial support. So instead of "based on individual need", why not say "we'll continue to pay our employees so they can continue to live". https://t.co/6e07yPxpJ0

On the one hand, there isn't a lot of information there -- that's on the #Canucks press release, not Daniel. We can quibble with commenting until we get more information, but I think that this moment asks for more robust leadership than this. https://t.co/wJ5CyhNPJ0

This is called doing the BARE MINIMUM.

NBA players are offering to pay all employees salaries and Canucks owner does it this way on individual need. Why not just pay them for what they would be working for the remainder of the season embarrassing https://t.co/5gklcFVh18

Wow, talk about dropping the ball. Both the @Canucks and @NHLJets should be completely embarrassed #DollarsOverHumanity #CorporateGreed https://t.co/TaRTwbyoyk