Haters will say it's fake.

So many hockey players are avid golfers during the off-season that it’s become a part of the typical trash-talking parlance. When a team is knocked out of the playoffs, it’s not unusual to tell them to hit the links and heaven forbid a player on a bad team gets too good at golf, as he’ll quickly be accused of wanting to be on the golf course more than the ice if his team struggles.

Unsurprisingly, hockey players are looking to scratch their golfing itch during the suspended season. There’s just one issue: golf courses are closing too thanks to the COVID-19 pandemic.

Elias Pettersson figured out a solution: he took to his backyard for some clever golf trick shots. It's not surprise that Pettersson is a master of trick shots. We're talking about a guy that can juggle on a unicycle after all. Only, Pettersson's trick shots look a little bit odd.

Let’s first address the elephant in the room: this is clearly some sponsored content for Vitamin Well, a Swedish company that produces vitamin-enriched beverages. Pettersson has a sponsorship deal with the company, so this might bring to mind Happy Gilmore hitting Subway sandwiches: “Talk about a hole in one.”

No shame to Pettersson. As the kids are saying these days, you've gotta get that bag.

With that out of the way, let’s focus on how brilliantly Pettersson has transitioned from on-ice dominance to Instagram influencer comedy. It shouldn’t come as a surprise: we all know how good Pettersson’s transition game is, and he’s always had a dry sense of humour.

This video is hilarious, a take on the “Haters gonna say it’s fake” meme from a few years ago, where people would put together an obviously fake trick shot compilation, played perfectly straight.

Pettersson’s version is perfectly executed, with an escalation in absurdity throughout and an excellent sense of comic timing with the longer buildup to the final punchline with the water bottle.

Also of note, Pettersson is a lefty on the ice, but a righty on the golf course. That’s not unusual: most left-shooting hockey players are actually right-handed, with the dominant right hand at the top of the stick providing more control and stability. Also, when a player holds the stick with just one hand, it’s the hand at the top of the stick, so it makes sense for that to be the dominant hand.

There are exceptions, of course. Oddly enough, Daniel and Henrik Sedin weren’t identical in everything: Daniel is left-handed and Henrik is right-handed, but they both shoot left-handed. That meant Daniel’s dominant hand was lower down his stick, which might have helped him be a better shooter than Henrik. Maybe.

For baseball and golf, however, the hands are held tightly together, with the right hand providing more control while sitting on top of the left hand. It makes an odd sort of sense for Pettersson to shoot left in hockey, but do the opposite in golf.

Pettersson's teammates that are on Instagram quickly responded. Like a good captain, Bo Horvat was on Pettersson’s side right away.

Not all of Pettersson’s teammates, however, were on board. Take Brock Boeser, for example, who responded with either indignation or confusion. 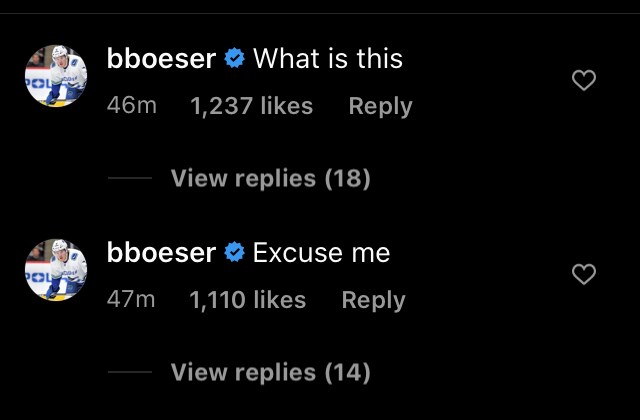 Excuse me. What is this.

Then there’s Tyler Toffoli, who appears concerned that the social distancing is starting to take its toll on the young Canucks superstar. 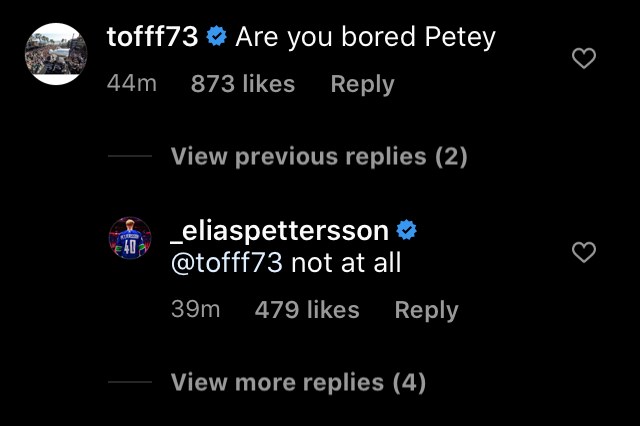 Are you bored, Petey?

Personally, I want to see more comedy from the out-of-work Canucks. Perhaps some sketch comedy from Toffoli and Tanner Pearson. Jake Virtanen can try his hand at insult comedy. Adam Gaudette seems like he could host a prank channel on YouTube.

Anything to keep us entertained without hockey.