Finally: That massive spinning chandelier is being installed under the Granville Bridge (PHOTOS)

First announced back in 2014, a massive spinning ornate chandelier is finally in the process of being installed under the Granville Bridge at Beach Avenue.
Nov 20, 2019 2:57 PM By: Lindsay William-Ross 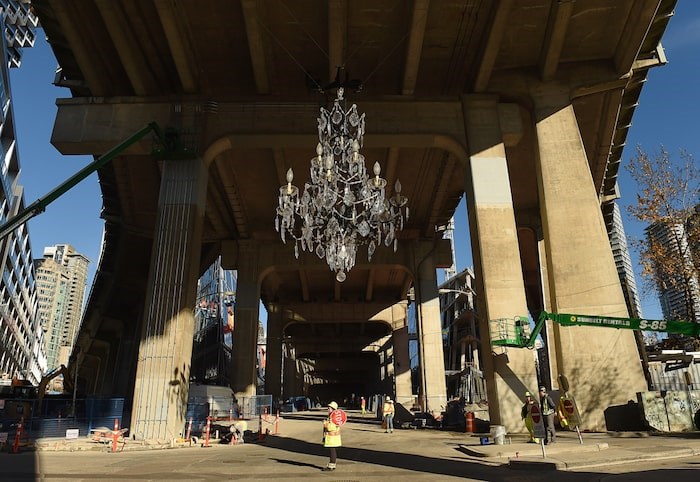 Announced in 2014 and approved in 2015, at long last artist Rodney Graham’s “Spinning Chandelier” is being installed under the Granville Bridge at Beach Avenue in Vancouver. Photo by Dan Toulgoet

First announced back in 2014, a massive spinning ornate chandelier is finally in the process of being installed under the Granville Bridge at Beach Avenue.

The large 4x6 metre kinetic sculpture is the work of Abbotsford-born artist Rodney Graham. It's sponsored by Westbank, and is affiliated with Vancouver House, the architecturally eye-catching development that made bold proclamations about its role in Vancouver long before ground was even broken.

Vancouver House was designed by Bjarke Ingels, and the project overall was posited as being "Gesamtkunstwerk" or a "living sculpture." To that end, Graham's epic public art piece is meant to adorn the cathedral-like space of the bridge’s northern viaduct - much like welcoming people into a dazzling grand foyer that is being established in our urban landscape. 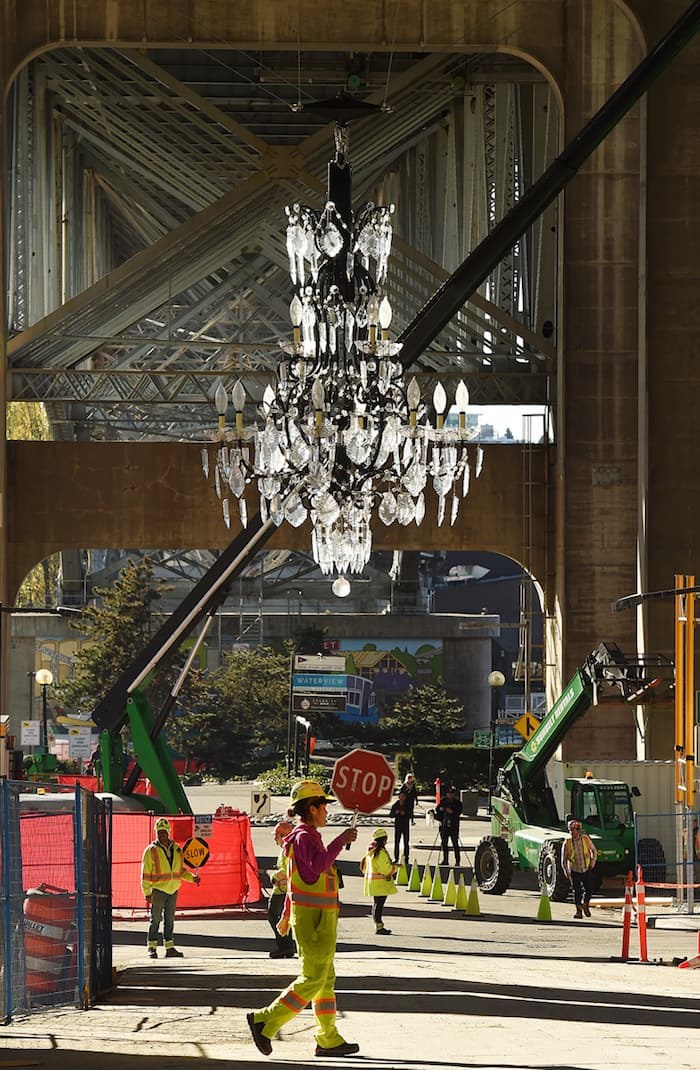 “Spinning Chandelier” is meant to bring the urban and under-used space under the bridge to life, as part of the “living sculpture” manifesto of Vancouver House. Photo by Dan Toulgoet

The chandelier will slowly rotate and rise over the course of 24 hours, then once a day release and dynamically spin back to its starting point. The design "extends from his 2005 film loop installation Torqued Chandelier Release in which a crystal chandelier whirls rapidly as its supporting cable is unwound," and its real-life iteration is a replica of what appears on film.

"[O]ur projects are not buildings, but rather they are the physical embodiment of culture," says Westbank. Of "Spinning Chandelier," the high profile developer says this reproduction 200-year-old French "chandelier will quickly become an urban landmark, turning a dark under-bridge into a civic event and a focal point, providing an additional layer of depth to the streetscape and the community." 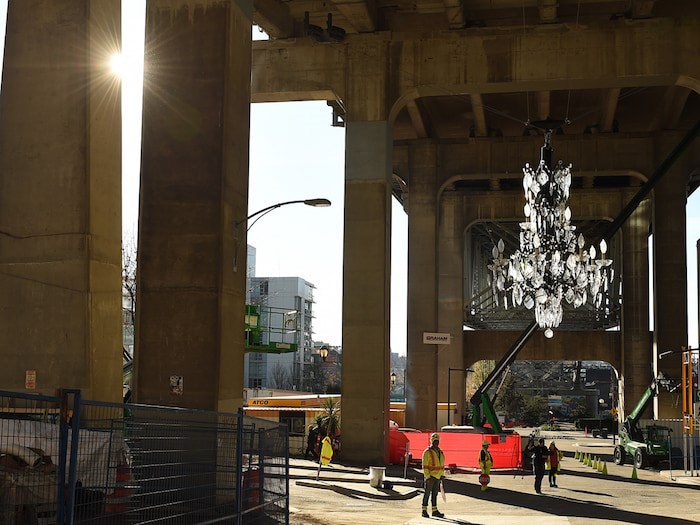 Installation of “Spinning Chandelier” is expected to continue though the end of November. Photo by Dan Toulgoet

Approved by Vancouver city council in December 2015, installation for the $1.2 million chandelier was expected to happen in 2017 or 2018.

However, installation finally began this November, and is expected to take another couple of weeks before it is complete. 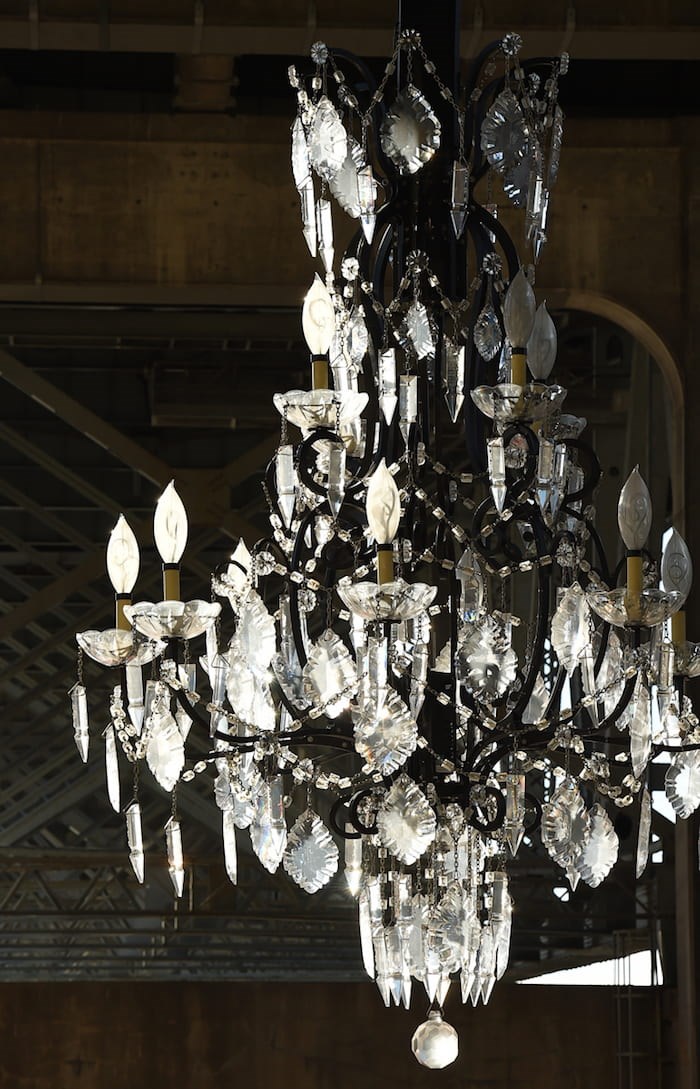 The design is taken from an 18th century French chandelier. Photo by Dan Toulgoet