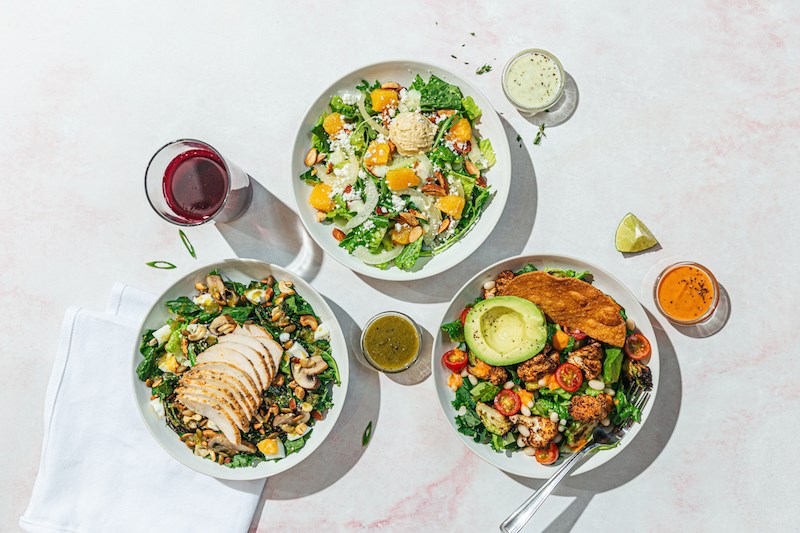 Add another location to the roster for Vancouver's Field & Social. The popular salad shop has just announced its fourth branch, which will be in Yaletown.

With plans to launch in early winter, the healthy eats venture is at work renovating a 1,445 square-foot space at 1030 Mainland St. The location had previously been part of the Moissonier homewares shop.

“We’ve been planning the Yaletown location since pre-COVID and since then, a number of new, like-minded wellness spots have popped up in the neighbourhood, so we’re definitely going to be in good company,” says Barbora Samieian, owner and creator of Field & Social.

Field & Social is known for their set menu of salads that focus on nutrition, quality ingredients, and supporting local growers. There are a dozen salads on the menu to choose from, which can be tweaked with the addition of select proteins, like chicken or tempeh, or items like a ramen egg. Vegan, vegetarian, and gluten-free options abound.

“As with our other locations, our salads are simple and delicious at the same time. Nothing comes from a bag - all our greens are freshly cut each morning, and all our dressings are made from scratch," adds Samieian.

In December 2019 Field & Social launched their third location which found them in the evolving area of Mount Pleasant that's west of Main Street and north of Broadway. Earlier last year, Field & Social expanded to add their second location, at the Royal Centre in downtown Vancouver.

The forthcoming 15-seater Yaletown F&S outpost will feature the same open, airy, and bright aesthetic as the restaurant's other locations.

Most recently, Field & Social added a new member to its team, culinary director Stewart Boyles, whose new menu items will also be featured at Yaletown.

You can get oysters topped with peanut butter or ketchup chips at this new Vancouver restaurant
Oct 13, 2020 12:48 PM