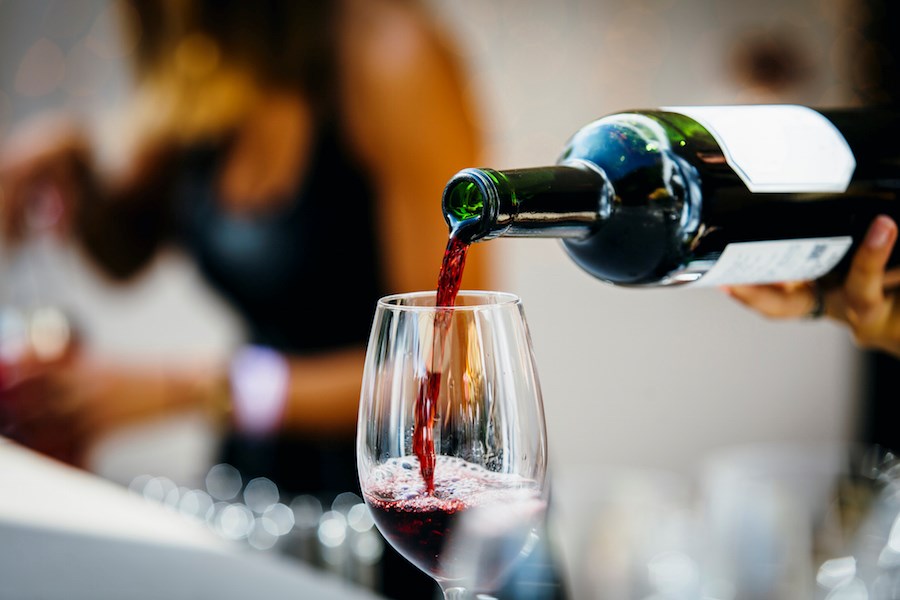 There have been a number of changes taking place on the corner of West Georgia and Homer in downtown Vancouver over the past several months, including a revamp of the plaza area that was out front of a large BMO bank branch (the bank is now next door at 475 W Georgia).

The Oxford Properties high rise at 401 W Georgia now boasts a plaza-level restaurant space that is soon to be home to Acquafarina, a high-end tasting menu Italian restaurant.

And speaking of changes, even Acquafarina is the result of a late-in-the-game change for its owners, who had initially planned to open the venue as a full-fledged pizzeria and wine bar called Water & Flour, which is currently - and will remain - under the umbrella of concepts that have long been at Per Se Social Corner down the road on Homer Street in Yaletown. That's also why we're making changes to the story we originally published, based on the old plans for Water & Flour, with our apologies for the error.

A representative for Acquafarina told Vancouver Is Awesome via telephone that the change came about as they got further into space and realizing it would be ideal for a more elevated experience. The name is Italian for "water" (acqua) and "flour" (farina), and we have been assured there is still a pizza oven in the restaurant, but it won't be the focal point of the menu. (As of now, the social media pages for Acquafarina remain in the W&F name, but expect those to change shortly, too.)

What will be on offer at the new ristorante will be dinner service by reservation only (no walk-ins, until at least the end of 2020), Tuesday through Saturday, with a set chef-created tasting menu that will rotate weekly.

On the menu will be elegant Italian dishes using locally-sourced ingredients with Sicilian touches. Sicily is known for its abundance of seafood and makes for an ideal Italian region from which to draw inspiration, considering Vancouver's access to our own fresh, local seafood.

While Acquafarina is a spacious restaurant, they will only be opening up 30 seats per night to start.

Right now the final touches are being made on the space and the paperwork is being completed, and Acquafarina still seems heading for a debut this month.

Over at Per Se, expect things to remain as they are; fans of Water & Flour's menu of a dozen or so brick-oven fired pizzas can still get their fill of the restaurant's 36-hour fermented dough pies topped with fresh fior di latte mozzarella.

Acquafarina's official address is 425 W Georgia St. Keep an eye on Per Se's website, as they will soon be sharing links to Acquafarina's Tock site for making reservations.