Ready to get fired up? This new restaurant is looking to spice things up with their charcoal-grilled eats and more
Oct 28, 2020 2:05 PM By: Lindsay William-Ross 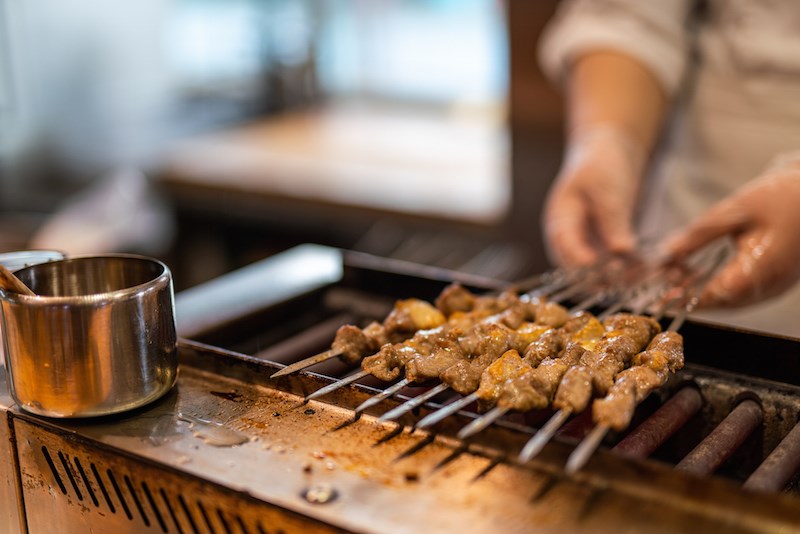 Lamb, or mutton, skewers cooked over charcoal is a staple in the Xinjiang region of northern China. Photo: Getty Images

Feel City BBQ is getting ready to open its doors, with a menu of charcoal-grilled skewers and sizzling hot pot.

Located at 1668 West Broadway on the upper level in a space that had once been a restaurant called "Vancouver China Hui," and Bashu Sichuan before that, Feel City BBQ has been listing their address as 1688 W Broadway on their Instagram and job postings, which could get a little confusing for potential customers.

Luckily, it's a pretty large space with a lot of signage facing Broadway, which will help bring people to check out their northern Chinese-style skewers done over charcoals, as well as their menu of hot pot offerings.

The menu features a number of specialties from the region of Xinjiang, including "Smoked Lamb on Metal Rack," and "Gambian Dry Spiced Chicken." Lamb is quite prominent on the menu, which is a staple in northern Chinese cuisine. Feel City will showcase the protein in a number of preparations, including red willow skewers; Spicy Lamb Feet; roasted or steamed lamb buns; Fire Pit BBQ; sauteed with vegetables; lamb kidney; and in several stews.

Cumin Lamb, another northern Chinese staple, is on the menu as well, done with rice or noodles, or even as a burger. The extensive menu includes a number of noodle and rice dishes, cold sides and appetizers, soups, and hot pot combinations.

No opening date has been announced yet, but Feel City BBQ looks to be in the final stages of prep for opening for dine-in. We've reached out to the restaurant to learn more, and will update when possible.

Kickass, nice: After two years, one of Vancouver's OG food trucks is gearing up to roll again
Oct 26, 2020 9:39 AM
Comments
We welcome your feedback and encourage you to share your thoughts. We ask that you be respectful of others and their points of view, refrain from personal attacks and stay on topic. To learn about our commenting policies and how we moderate, please read our Community Guidelines.