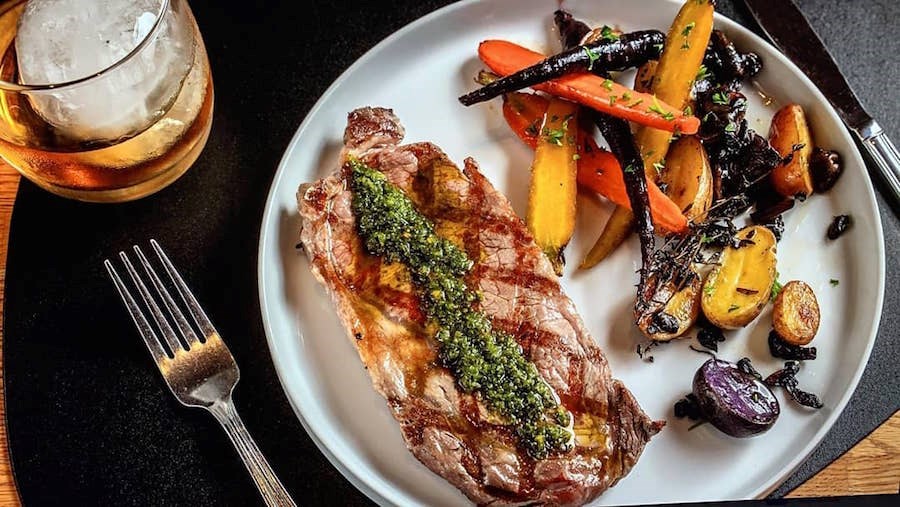 Looking for a new restaurant to try in Vancouver? There are plenty of options. Beehive Restaurant/Facebook

As 2019 winds down, there are a few brand new restaurants that are worth checking out, and putting on your must-try list as we head into the new year. From modern wine bars to colourful dumplings to a just-opened spot for handmade pasta, there's definitely a lot going on when it comes to fresh restaurant options in Vancouver. Eat and be merry!

Billed as a "northwestern" style restaurant, Beehive in Kitsilano is what took over the space that had previously housed Mission (which closed in May). The dinner-only restaurant's menu certainly reads like a "west coast greatest hits" roundup, featuring items like clam chowder, a kale and quinoa salad, dumplings, cauliflower bites, seafood linguine, burgers, and a Saigon curry.

There was a rumour that what was going into the former Splitz Grill on Main was going to be a pizza spot, but that was pretty off-course. Alphabet City is a grown-up spot for brews and pub grub, including lots of appies for sharing while watching the game. Plus their menu has two sections that will surely strike a chord for Vancouverites: Their fried chicken in the "Juicy Chicken" section (recognize that logo?) and the epic Cannibal Burgers. 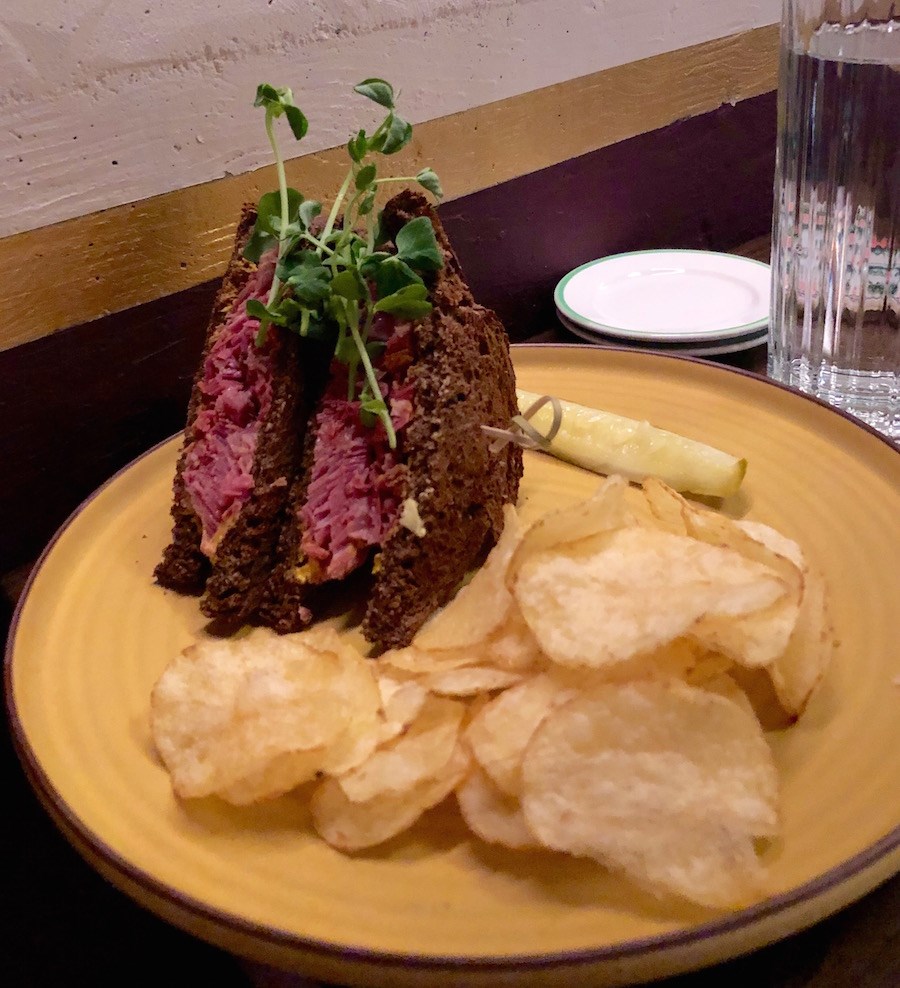 Sean Heather (The Irish Heather, Salt Tasting Room) has opened his ode to Vancouver's history meets upscale Irish-ish pub in the Exchange building. They've got a cocktail cart, a small and approachable menu of eats like charcuterie, pasta, small bites, and a signature corned beef sandwich (tip: ask for the bread untoasted). They're open for lunch and dinner weekdays, dinner only on Saturdays.

Taking its cue from intimate, inviting European wine bars with delicious eats, Bartholomew opened its doors this fall in Yaletown. The space is narrow and warmly lit, with a meld of vintage meets modern. You'll find an array of items like terrines, pates, and sausages on the menu, along with imported meats like Serrano ham, and regionally-sourced salumi. They're even making their own crackers here, perfect for enjoying cheese from their carefully-curted list. 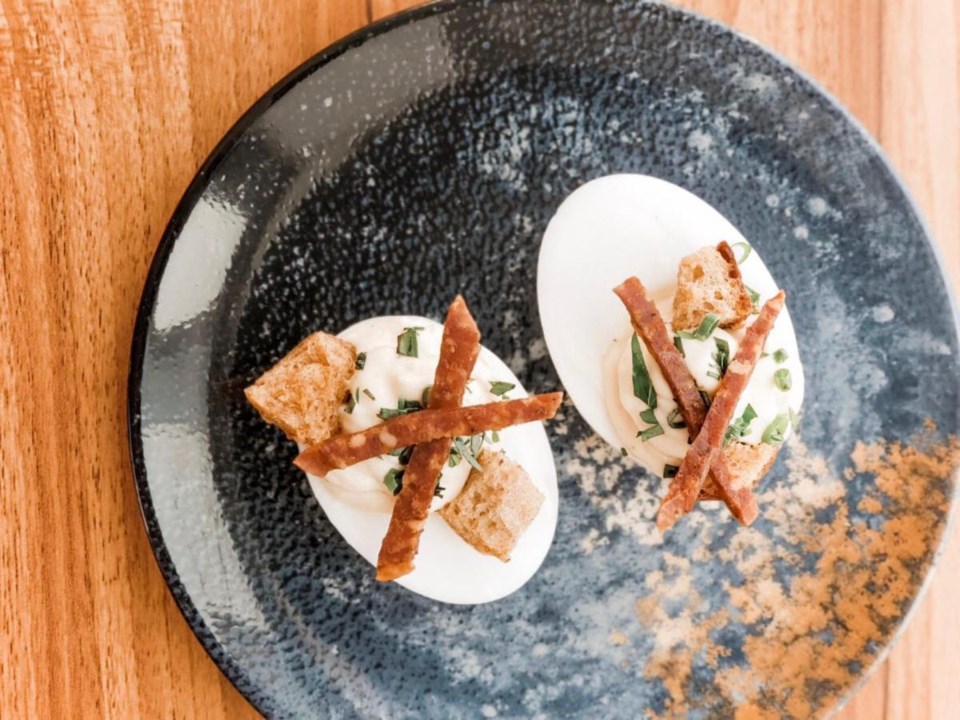 2019 may be the "year of the wine bar" in Vancouver, and you have VV Tapas Lounge in Strathcona in part to thank for this. It's all about sharing here, so get ready to tuck into plates of fresh-shucked oysters, popcorn tossed in beef tallow, risotto, lamb scrapple, and deviled duck eggs, all paired with wine and cocktails. 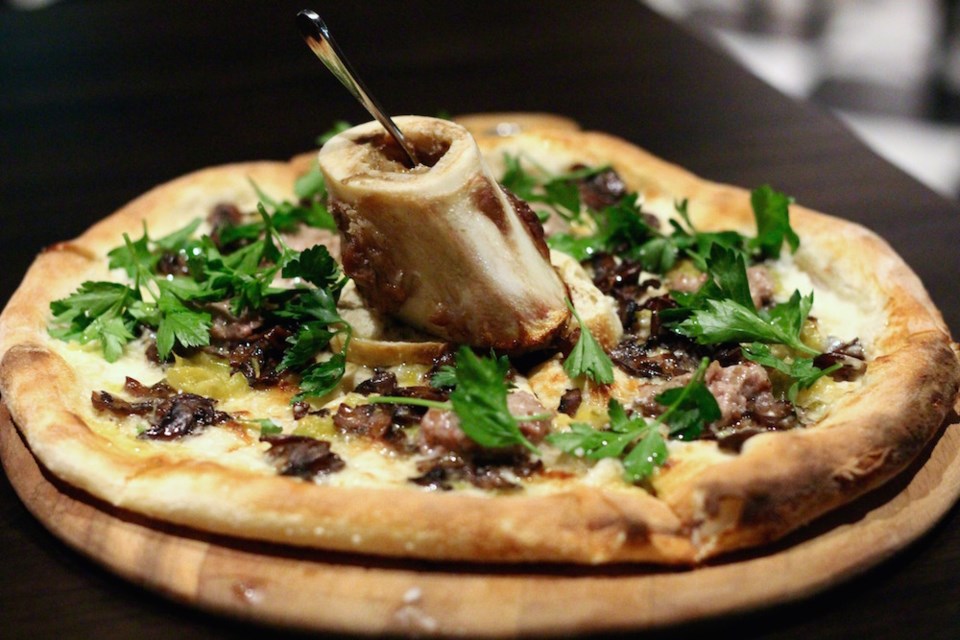 Kerrisdale's beloved Bufala has joined many of its Vancouver peers in making tracks for higher ground in North Van, and setting up shop with an expanded menu. Situated in the ever-growing Edgemont Village, Bufala offers an old school-style dark-paneled room, a big menu of beautiful pasta, mains, and freshly-fired pizzas, alongside terrific drinks, wines, and a solid kids' menu to boot.

Only open for a few days and Published is drawing raves from those who have sat down to check out what they have to offer. In the kitchen is chef Gus Brandson, who Published says "will be focusing on innovation and creativity to develop a constantly evolving menu." Look for duck wings, lamb neck and lentil curry, bison tartare, mushroom toast, agnolotti, and much more from this inventive "modern west coast" spot. 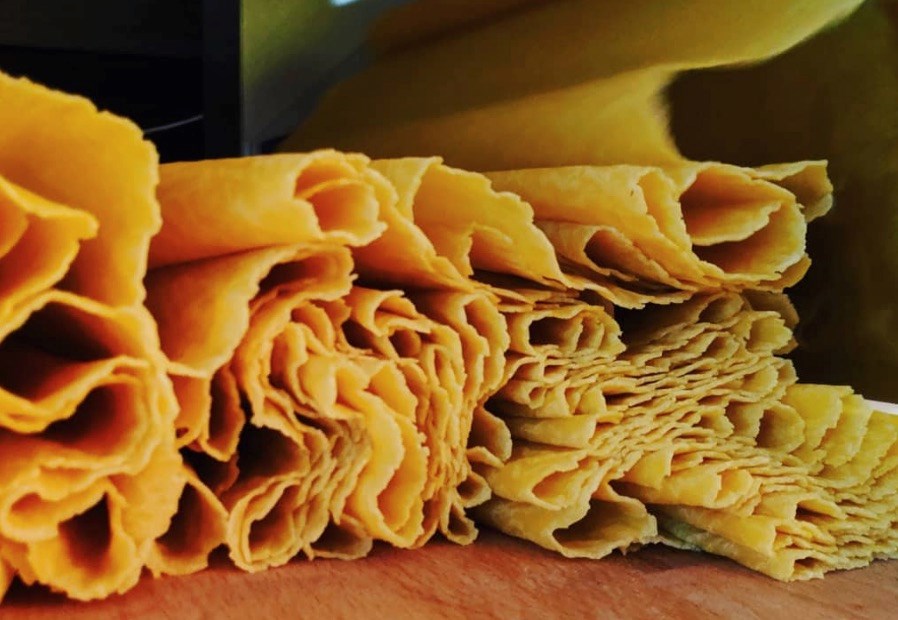 They've just thrown open the doors at this cozy Commercial Drive venture from a duo of Vancouver restauarant vets. Here they're turning out fresh hand-made pasta, available a la carte or via an impressive multi-course tasting menu option.

Plump dumplings packed with juicy fillings, in colourful wrappers, made before your eyes? It's the world of Jingle Bao, and it has been enchanting diners since the casual spot opened not too long ago in Vancouver's West End.

The Vancouver Art Gallery is getting a brand-new on-site restaurant
Nov 15, 2019 10:39 AM
Comments
We welcome your feedback and encourage you to share your thoughts on this story. We ask that you be respectful of others and their points of view, refrain from personal attacks and stay on topic. To learn about our commenting policies and how we moderate, please read our Community Guidelines.