It's not often a popular Vancouver-based restaurant brand reaches as far south as Boundary Bay in Tsawwassen, but now the South Delta community can wake up and smell - and order - the coffee at Prado Cafe's newest location.

This is the eighth location for Prado Cafe - and the farthest south of Vancouver proper they've gone with an outpost.

Prado Cafe has opened up at Southlands, the (contentious to some) development that is a master-planned beach community rooted in farming and food that has been years in the works. The development, and Prado, officially launched on Sept. 19.

Though the brand Prado began in 2004, in 2011 it was taken over by award-winning barista Sammy Piccolo. There are now five Prado locations in Vancouver, and one each in Burnaby and Surrey, all serving up 49th Parallel drip and espresso coffees, tea and other hot and cold beverages, as well as baked goods and casual lunch-centric fare like sandwiches and avocado toasts.

According to Southlands, Prado will also offer some special menu items that will feature produce grown on-site.

The design of the new Prado is "light and airy but will also bring some cottage and beach-inspired elements into the setting," says Southlands. 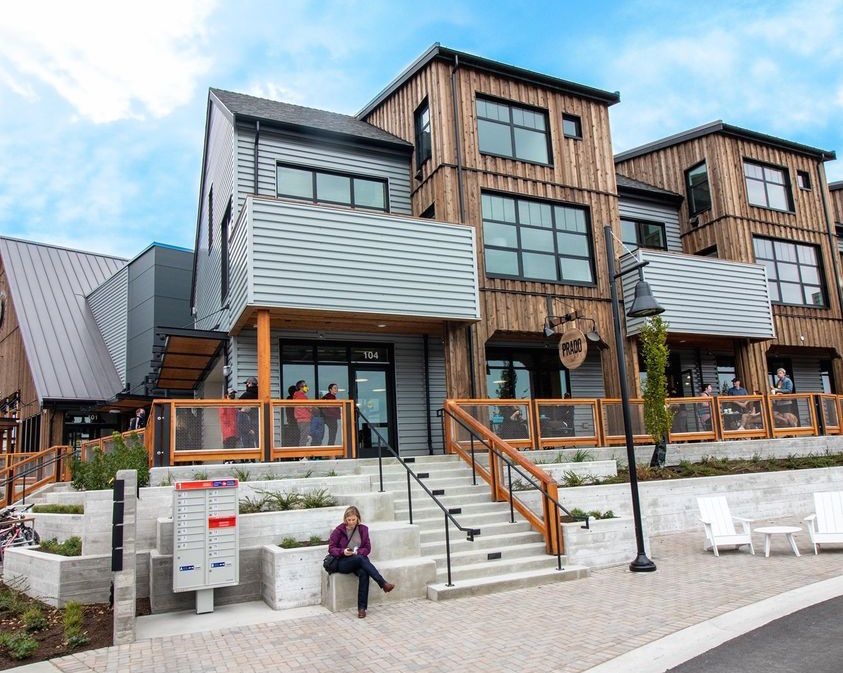 The launch of Prado is also a milestone for the neighbourhood of Boundary Bay, as it is the first new business to set up there in 20 years.

"Community connection is important to Prado Café. Our slogan is ‘proud to serve the city we love.' This is true for all of our neighbourhoods but the opportunity to be part of a growing community, from the ground up, that is committed to farming, food, and families is incomparable," says Piccolo.

While there is a mix of both locally-owned independent and big-name brand varieties, it is rare that a Vancouver mini-chain ventures into South Delta. This could potentially open the door for other Vancouver brands to follow suit if the population is eager to sustain such endeavours. (Restaurateurs, take note!)

The new Prado Cafe is located next to the Southlands Discovery Centre.

With a file from Ian Jacques/Delta Optimist