For the Canucks, fan apathy is far worse than anger 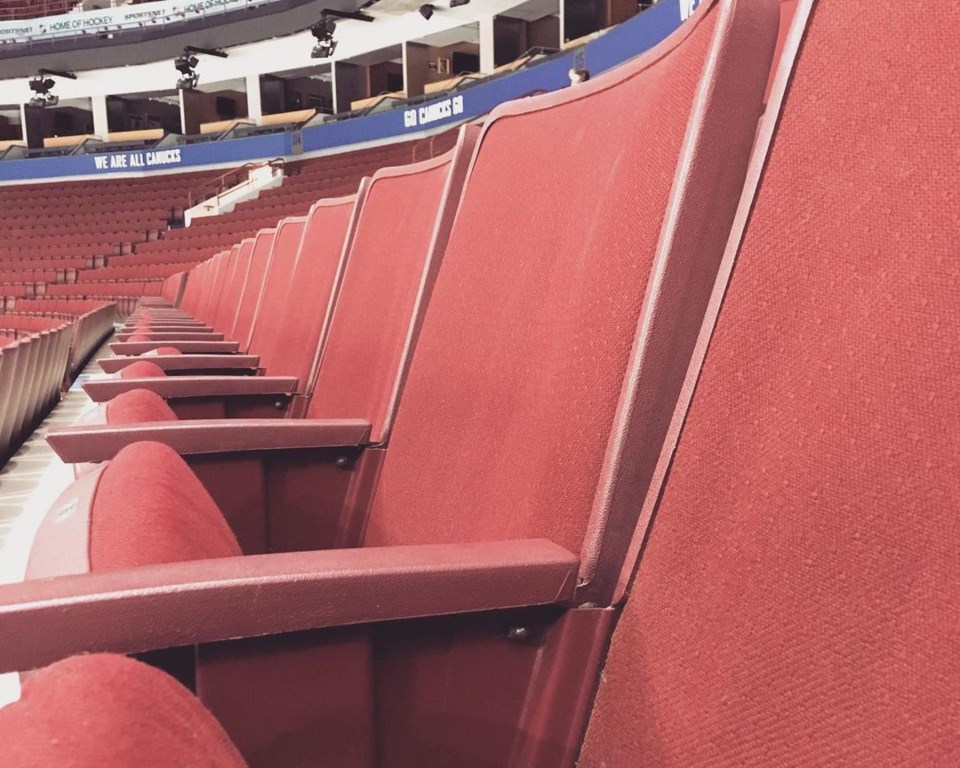 How many fans would be filling the seats in Rogers Arena if fans were allowed in the building?Daniel Wagner / Vancouver Is Awesome

Apathetic Canucks fans are far worse for business than angry ones because apathetic fans can quickly cease being fans at all.

It’s been a long time since confidence in the Canucks was as low as it is now. The Canucks are two games away from completing one of the worst seasons in franchise history with little sign that the team has a plan for the future.

The team’s .444 points percentage is the second-worst for the Canucks in the last 20 years. It’s ahead of only the 2016-17 season, the final year of the Willie Desjardins era, which itself was the worst Canucks season since 1998-99, the end of the Mike Keenan era. At this point, they’re likely to finish last place in the all-Canadian North Division after entering the season believing that they could be among the best teams in Canada.

This is not where the Canucks were supposed to be in Jim Benning’s seventh year as general manager. He had pitched a quick turnaround, then a retool on the fly that would see them among the NHL’s elite by the end of the Sedins’ contracts.

“Realistically, if you’re asking me when will the day be that we can compete with the best teams in the league, I think that [Sedin contract] timeline is fair,” said Benning back in 2016. “This is year two, and by our fourth or fifth year, I hope we’ll be there with the elite teams in the league.”

Instead, the Sedins retired without ever getting back to the playoffs. Three years after their retirement, Benning is still kicking the can down the road, now saying the team needs two more years before they can compete for the Stanley Cup.

After missing the playoffs in five of the last six years, some Canucks fans are understandably upset, particularly since some of the mistakes Benning and his team have made have become harder to ignore.

The Canucks have been insulated from some of that anger because fans aren’t allowed in Rogers Arena. Instead of fans booing after yet another loss, the canned cheering of a fake crowd fills the arena. Instead of chants to fire the GM ringing out like they did at the end of Mike Gillis’s tenure, fans raised funds to fly a “#FireBenning” airplane banner over Vancouver.

That anger, however, is far better than the alternative.

An angry fan is still engaged and passionate about the team. Angry fans might still buy tickets and go to a Canucks game, even if they voice their displeasure with the team while in the arena. Apathetic fans won’t even bother.

If fans were allowed in Rogers Arena, the dwindling attendance at games likely would have been very noticeable.

At the height of the Sedin era, the Canucks had 17,000 season ticket holders, with around 6000 people paying to be on a waitlist. That waitlist is now gone and the empty seats have been hard to ignore over the past few seasons.

While the Canucks will always have the diehard fans that cheer for the team through thick and thin, they'll struggle to capture the attention of more casual fans and will particularly struggle to create new fans without some semblance of success. Even diehard fans can start to tune out, even if only temporarily, if the team shows no signs of improvement.

Canucks know that change is needed

Fortunately for the Canucks, the apathy hasn’t gotten to the same level as it did during the dire years in the late-90’s with Keenan and Mark Messier, when average attendance fell below 15,000 for the first and only time since moving into Rogers Arena, then GM Place. Many Canucks fans simply tuned out as the team jettisoned beloved players and plummeted down the standings, missing the playoffs for four straight years.

Exciting young players like Elias Pettersson, Quinn Hughes, and Brock Boeser have helped the Canucks retain interest, with average attendance bouncing back last season after sliding for a couple of years.

But if the Canucks don’t do something in response to the current anger from fans, then it could quickly turn to apathy.

According to multiple reports, Canucks ownership at least seems to realize that something needs to change. Francesco Aquilini has reportedly spoken to former Canuck Geoff Courtnall about a potential role with the team, but the Canucks don’t need another former player with no experience in an NHL front office to turn things around. They need a plan — a direction — and passionate, innovative, and experienced people to enact that plan.

If Canucks fans don’t perceive a plan — if nothing changes for the Canucks as they head into next season — they’ll stop caring.

That’s the worst-case scenario for the Canucks.