Is the Canucks new-look line of Höglander, Pettersson, and Boeser the prettiest line in the NHL? 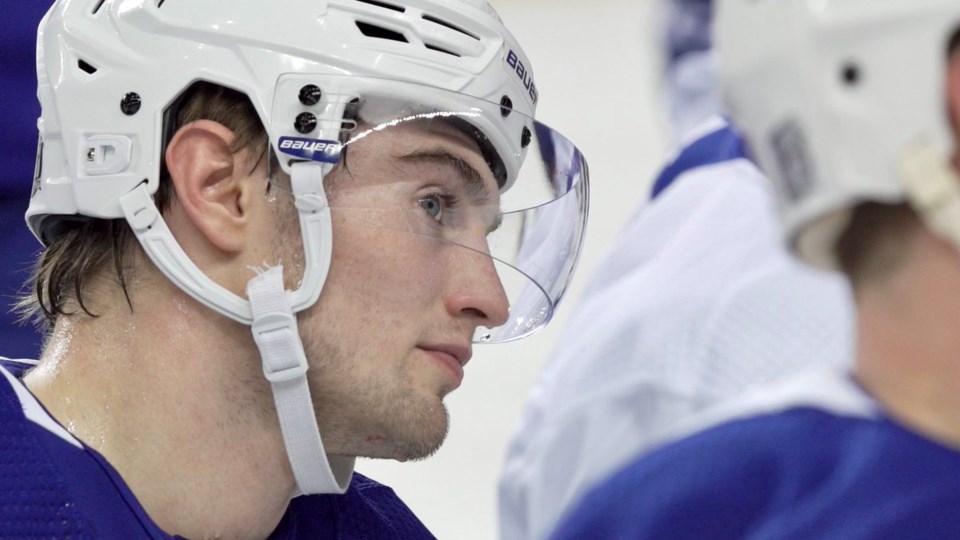 Nils Höglander could be joining the Canucks top line with Elias Pettersson and Brock Boeser.Canucks / Twitter

The Canucks are mired in a seemingly never-ending slump. They’ve won just two of their last twelve games, with their last two losses stinging the most because they took multi-goal leads in the first period of both games only to squander them.

It’s the type of performance that demands some sort of change, so head coach Travis Green shook up the lineup at Wednesday’s practice. The biggest change was bumping J.T. Miller, last season’s leading scorer, down to the third line, with rookie Nils Höglander joining Elias Pettersson and Brock Boeser on the top line.

Höglander has earned it with his play, continually creating scoring chances even when the rest of the team is struggling. Moving him to the first line with Pettersson and Boeser makes a lot of sense.

Some Canucks fans couldn’t help but also notice that all three members of this new line are extraordinarily pretty. In fact, they could very well be the prettiest line in the NHL.

“Pretty” can be a pejorative in the performative masculinity of hockey, which is ironic given that calling someone a “beauty” is the highest form of praise. Höglander, Pettersson, and Boeser may be pretty boys, but they’re a far cry from soft.

Höglander is a pint-sized power forward with a secret nasty side to his game. He wins battles along the boards, crashes the crease, and gets under the skin of his opponents.

“He's a hard-nosed little player,” said Green. “He's not a dirty player by any means. He's very clean, he plays hard…As far as getting under other people's skin, I think he does it just with hard work and tenacity.”

Pettersson was questioned about his size right from day one, but he silenced the doubters with a strong core and a surprising penchant for reverse hits that frequently sees the slighter Pettersson knocked larger components on their keisters. The tenacious physical side of Pettersson’s game can sometimes catch opponents off guard.

Then there’s Boeser, who was initially pegged as a one-dimensional sniper, but has a well-rounded two-way game that includes a physical edge aided by his solid 208 lb frame. He still has the shot that won him the 2018 All-Star shooting competition, but he also gets greasy goals from in front of the net.

At the same time, there’s no denying that all three boast boy-band good looks.

Höglander is the Nick Carter of the trio, the young heartthrob with the good hair and the disarming smile.

Pettersson is more of a Kevin Richardson, with keen fashion sense and a quiet and reserved personality. He even did some off-season modeling for Off White Vancouver.

When Boeser broke into the league, he drew comparisons to Prince Charming with his flowing golden locks. Let’s call him the Brian Littrell of the group, except with better hair.

Not only does Boeser have fantastic hair, he’s also good with kids.

If you need yet further evidence, enjoy this Boeser fancam set to the song “Pretty Girl Rock” by Keri Hilson.

All three players show that you can be both pretty and tough. Now the Canucks just have to hope they can also find harmony on the ice and create some beautiful music together.

Elias Pettersson is hitting more posts and crossbars than anyone in NHL history*
Feb 22, 2021 5:14 PM

IWTG: Pettersson forces overtime against the Jets, but the Canucks are realizing moral victories don’t count
Feb 22, 2021 3:20 AM
Comments