10 awesome ways to stay busy in B.C. this weekend 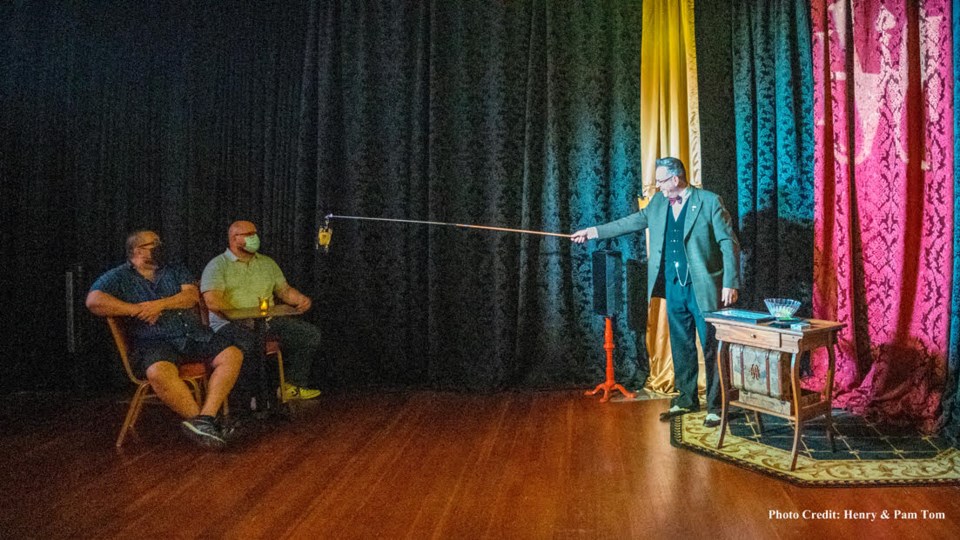 The weekend is officially here! Time to get outside and... oh, wait.

While many Vancouverites look forward to the weekend for an opportunity to run wild and enjoy some fresh air, that continues to be in short supply as smoke from wildfires burning in the U.S. continues to linger throughout the Lower Mainland.

While the region's air quality is improving slightly, an advisory remains in effect today. Environment Canada warns anyone with chronic underlying medical conditions or acute infections (like COVID-19, for example) to postpone or reduce outdoor physical activity until the advisory is lifted, especially if breathing feels uncomfortable.

Coupled with the rising numbers of COVID-19 cases the province has seen of late, we don't blame you if you're considering spending this weekend close to home (we're actually applauding you).

But that doesn't mean you can't find a few things to get excited about this weekend. 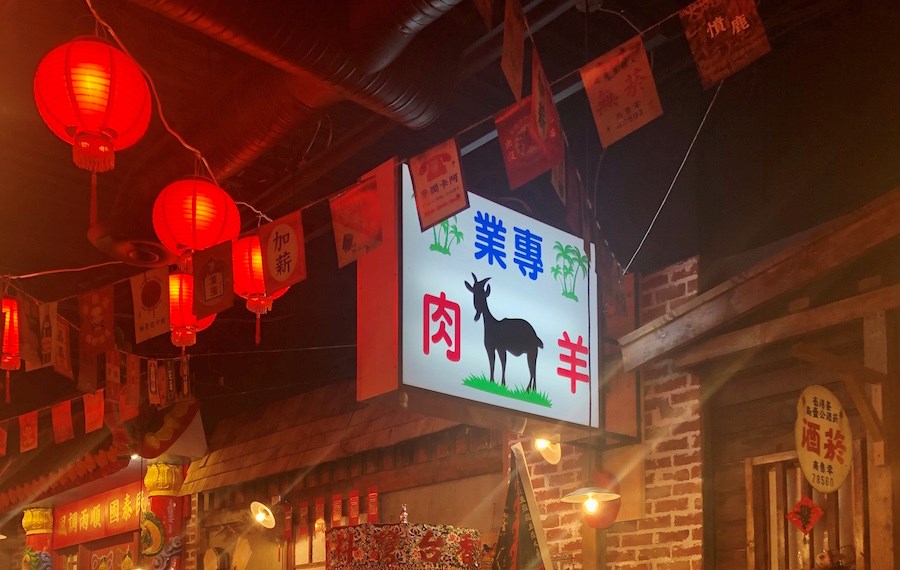 The decor in the new location of Memory Corner is a full-on tribute to the owners' grandparents and the restaurant they ran in Taiwan. Photo by Lindsay William-Ross/Vancouver Is Awesome
Memory Corner, a popular Richmond restaurant known for its casual and traditional Taiwanese food, recently opened the doors to its new location, and with it, the owners have created an incredible tribute to their culture and family that's a real feast for the eyes...and stomach. Following its late-June launch on Garden City, Memory Corner is matching the comforting punch of their food with their vibrant new digs.

Not only is the sensory-grabbing space packed with memorabilia and curiosities, but the restaurant has major bragging rights too. Not long after its new location opened, Memory Corner was named the Diners' Choice for the best Taiwanese restaurant or BBT cafe in Metro Vancouver in the 2020 Chinese Restaurant Awards. 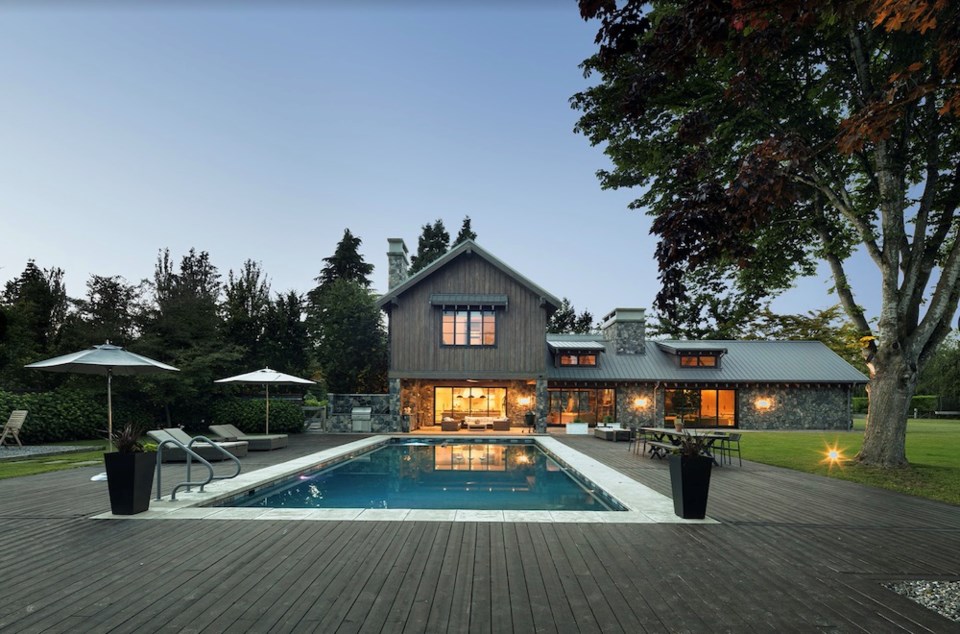 Name a better weekend time-waster, we dare you. After all, who doesn't love dream house hunting, even if these stunning properties might be just slightly out of budget? 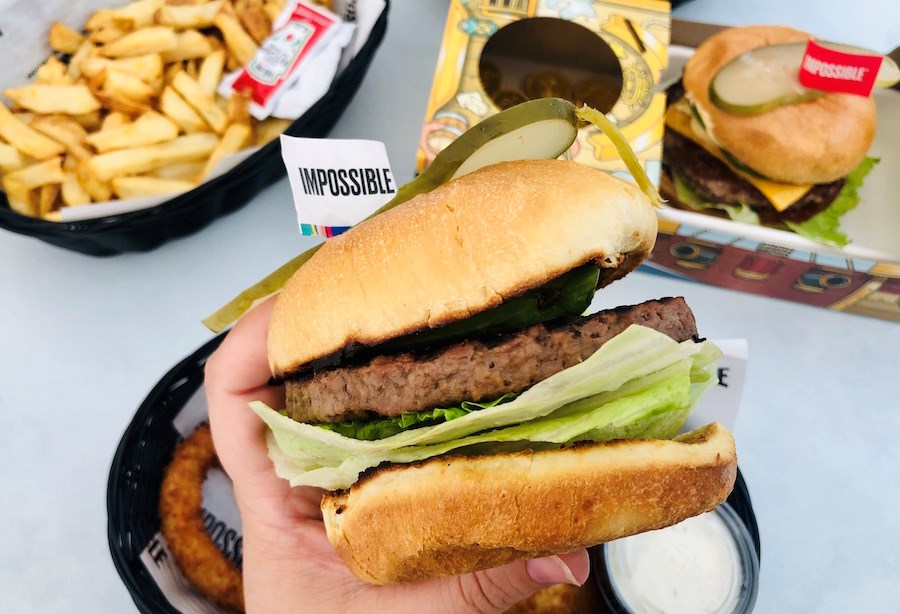 Long-available in the United States, the plant-based Impossible Burger - aka the meatless burger patty that "bleeds" - will finally be widely available in British Columbia. Vancouver-based White Spot and it's more quick-serve styled sibling Triple O's have become the first Canadian chain to bring the veggie burger aboard, and they start cooking them up today, Sept. 19!

However, V.I.A.'s Lindsay William-Ross was among the first Canadians to get a bite of the Impossible Burger before its official launch. Check out her thoughts on the new menu item here. 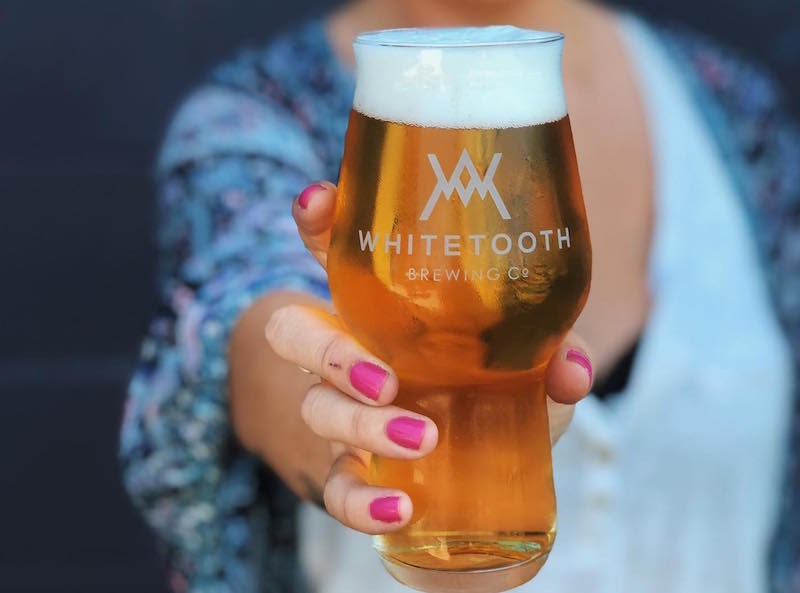 Photo: Whitetooth Brewing Company/Facebook
Not that there was ever any doubt, but B.C. beer rocks. B.C. breweries took home the most medals of any province at the 2020 Canadian Beer Awards last Saturday night, winning 43 medals, including 11 golds. Check out this round-up of all the winners if you're looking to try a new brew this weekend!

5.  Reserve your spot for the 'scariest corn maze in Canada' 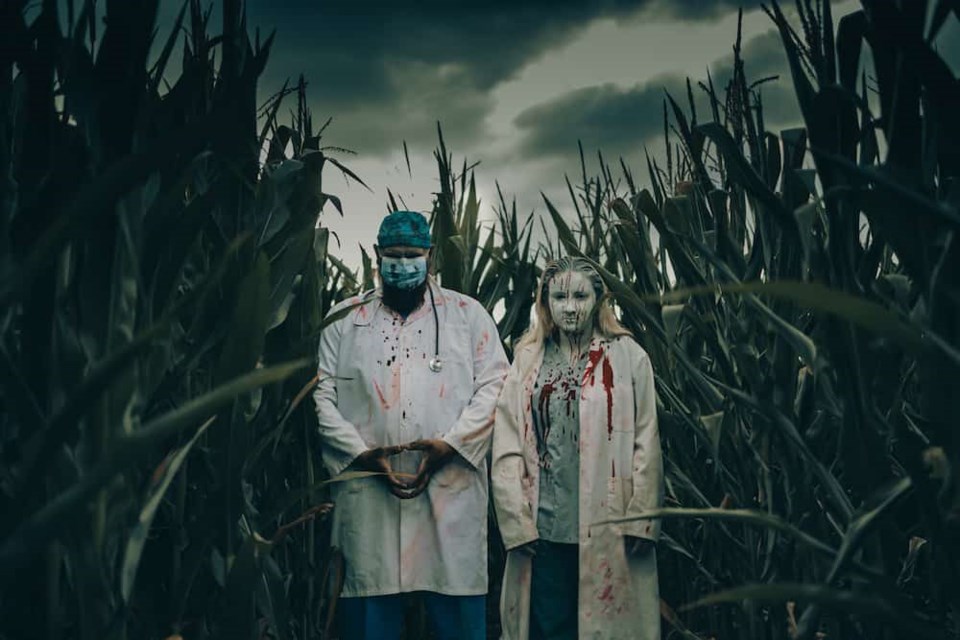 Photo: Maan Farms
Are you afraid of the dark?

While the maze officially begins accepting guests next Friday, Sept. 25, tickets are available online now. (And with only 25 to 50 per cent capacity due to COVID-19 protocols, organizers expect this event will sell out quickly!)

6. Check out some of the best restaurants in Vancouver 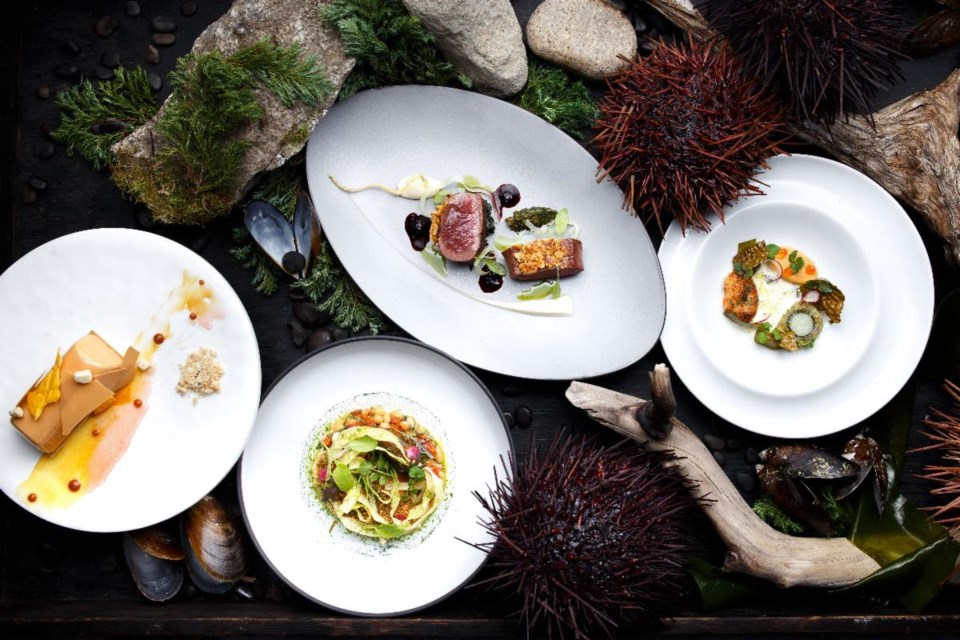 Photo courtesy Boulevard
Calling all foodies! The winners of this year's Vancouver Magazine Restaurant Awards were finally revealed this week.

It was a long wait for the restaurants, diners, and even the judges (who don't even know the results of their much-debated votes) as the results in myriad categories spanning cuisines and neighbourhoods were kept under wraps for months, prior to the big announcement.

At long last, satisfy your appetite with the winners list, here.

Have your mind blown, while maintaining proper physical distance, of course. Hidden Wonders is a speakeasy-style performance venue hidden behind a fake business facade that recently re-opened in New Westminster’s historic downtown.

It’s the passion project of Shawn Farquhar, a two-time world champion of magic who’s appeared on TV shows like Ellen and fooled Penn & Teller twice on their show Fool Us. Wrote Farquhar in an email to V.I.A., "It is part of a new trend in magic entertainment that focuses less on grand-scale illusions and more on intimate experiences that leave the audience awestruck and moved."

Confirmed guests will only be given the address for the venue once their tickets have been purchased, he added, and seating is limited to just 12 people per show, meaning "you will never seen magic this close that is this good," Farquhar explained.

8. Indulge in a picnic during the final weekend of Dine OutSide 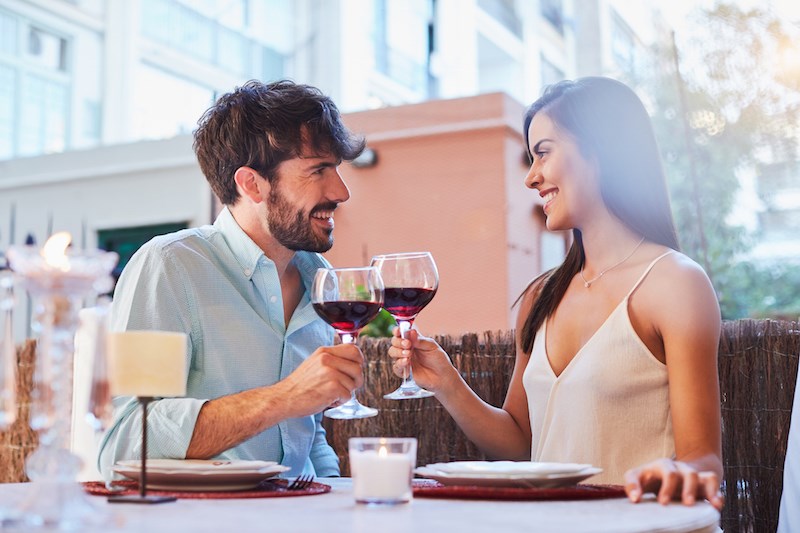 A couple dines out on a restaurant patio. Photo: Getty Images

Might we suggest grabbing a picnic to go, throwing down a blanket on the living room floor and enjoying an indoor picnic free from wildfire smoke?

Dine OutSide, the new seasonal fest that's made the most of the city's many regular and temporary patios and public spaces, officially comes to an end Monday. As part of the festival, Vancouver restaurants are offering prix fixe menus at $15, $25, $35 or $45 price points, or special promotional offers for diners to enjoy on- or off-site. 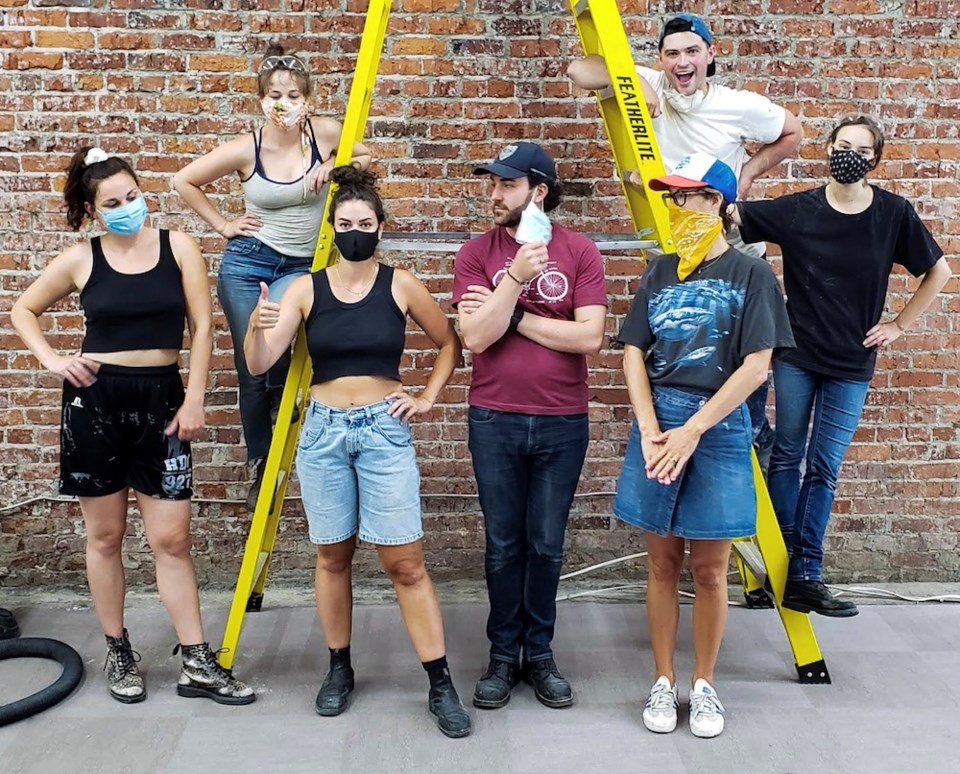 There's a new theatre company in town, but it isn't just for prospective stand-up comedians or Saturday Night Live hopefuls.

In addition to offering improv training for performers (both online and in-studio),  Tightrope Impro Theatre also offers "Improv for the workplace" programming for those looking for help with public speaking and team building, as well as "Improv for Health and Wellness," which works with Parkinson Society of BC and the BC Brain Wellness Program to provide specialized training. 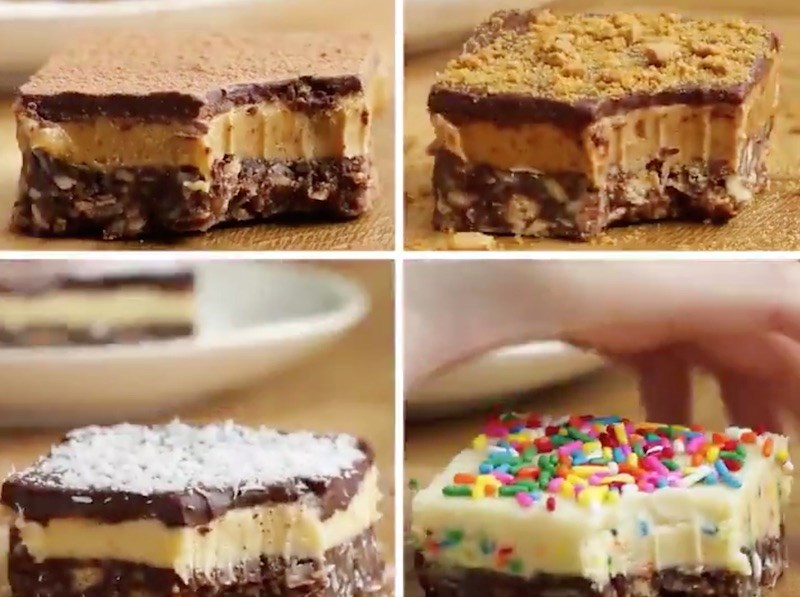 - With files from Lindsay William-Ross and Elana Shepert