This might be the best thing coming home with you from Ikea besides a Billy bookcase and an Allen key.

This might be the best thing coming home with you from Ikea besides a Billy bookcase and an Allen key: The Swedish build-it-yourself furniture retailer has just announced they've rolled out a new take-out food program Canada-wide.

Customers can put in their order at a designated kiosk in the Bistro area (that's the counter spot where you get your hot dogs, veggie dogs, ice cream, and Ikea's new vegan soft serve) to purchase take-out food from the main restaurant. 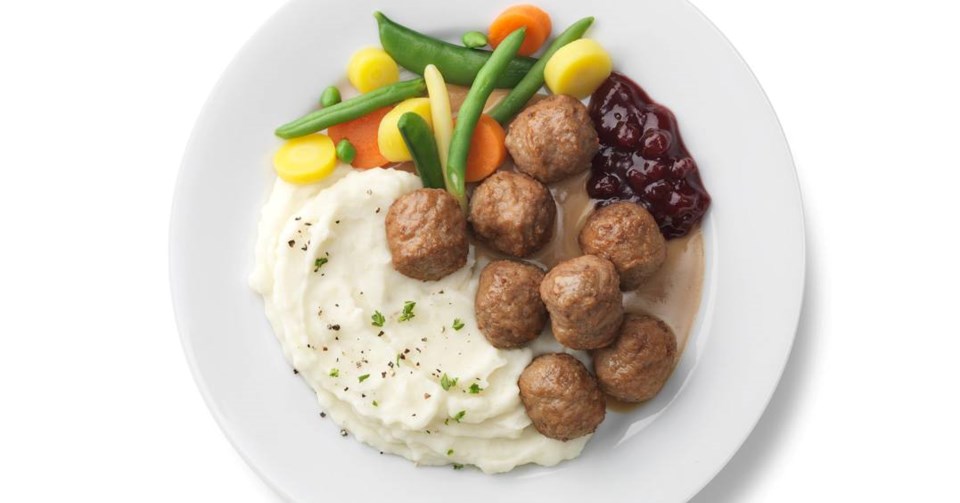 In addition to the familiar Ikea meals, the retailer is also launching Family Meals, featuring 24 meatballs (or veggie balls) with a choice of two sides, accompanying
sauces and a family-sized chocolate DAIM cake. The meat option is priced at $29.99 while the veggie version is $19.99. Then load up your new Ektorp, Ivar, or Kallax in the car, and head home to assemble your meal...and your furniture. Of course, if you're a big Ikea food fan, you don't even have to shop to be a restaurant take-out customer. You do you.

PS: Feeling like doing a cooking project? Earlier this year Ikea released the recipe for their iconic Swedish meatballs.