For a decade you could only get lobster rolls once a year at one of Granville Island's oldest businesses...until now 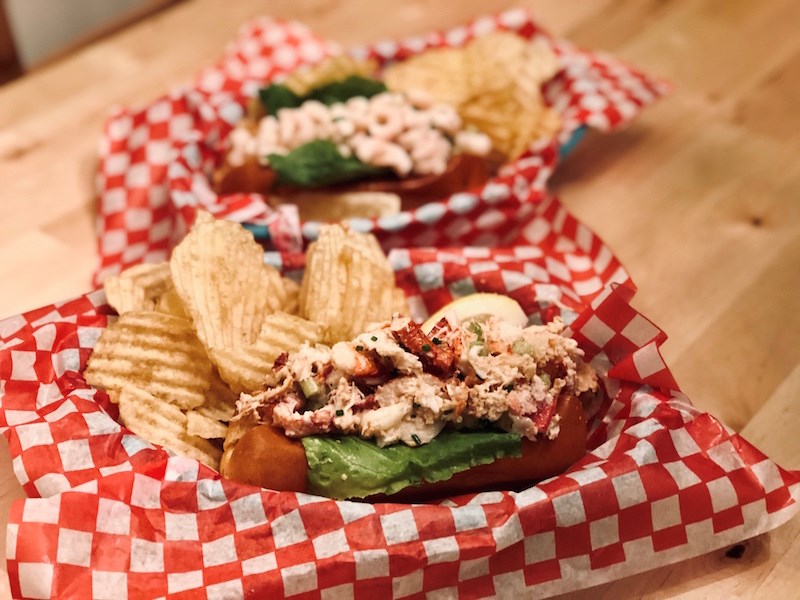 A lobster roll (front) and a shrimp roll from The Lobster Man Select at Granville Island. Photo: Lindsay William-Ross/Vancouver Is Awesome

The Lobster Man has been selling fresh, live seafood at Granville Island since 1977, but the public's love affair with their special lobster roll dates back a decade to the 2010 Olympics.

That's when the family-run business began serving up their take on the New England classic, made on-site with meaty chunks of lobster, a creamy sauce, and served in a warm buttery brioche bun.

The lobster rolls were a huge hit, and so The Lobster Man brought them back now and again, often to mark Canada Day. Recently, however, the longstanding seafood business expanded to create a permanent prepared foods shop, using the space adjacent to where customers have long been going in to pick out their live crabs and lobsters from the Lobster Man's tanks.

The Lobster Man Select features a carefully curated selection of packaged foods, including pantry items to pair with your seafood and frozen fish portions, and a deli case stocked with things like maple smoked salmon "candy," and shrimp cocktail. On the menu are a couple of shining stars: A Shrimp Roll, and that elusive Lobster Roll. 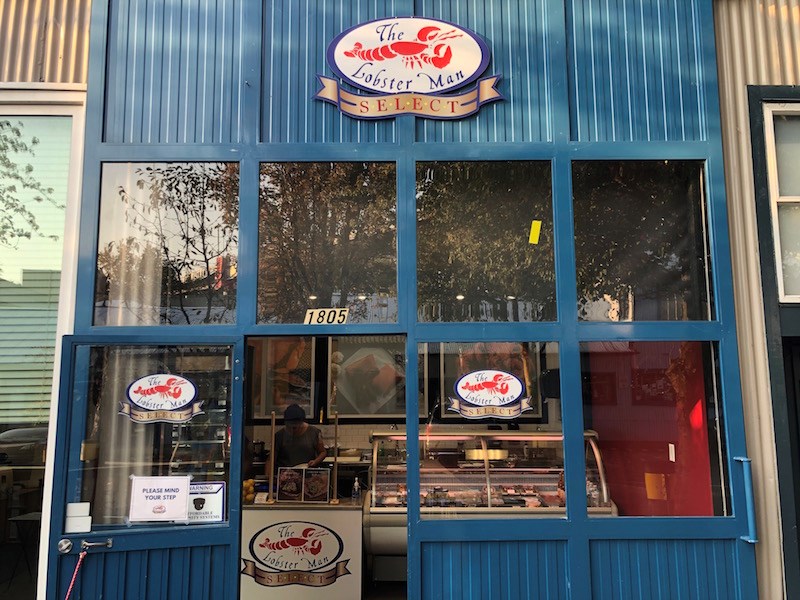 The sandwiches can be taken to-go or enjoyed on-site (there's a temporary parking lot patio set up outside that looks poised to remain in place for another year), and come with a side of rippled potato chips and a wedge of lemon to add that final zing to your seafood feast. Piled high with fresh seafood in that pillowy bun, the rolls are satisfying but not too rich and manage to feel light and decadent at the same time.

The Lobster Man is among those food businesses making the best of the current constraints of COVID-19 in Vancouver with the expansion of their offerings. As a wonderful bonus for anyone heading to Granville Island, paid parking remains suspended indefinitely (most likely through the end of the year, it's surmised) which means you can pass on those savings and support the many local businesses that call the unique Vancouver destination home.

You can also still have The Lobster Man prepare your live crab or lobster for you if you want to extend the seafood feast. Order online or visit the shop; they have everything you need from the disposable lobster bibs to the hand "crackers" as well as add-ons like lobster oil. Or, order up some fresh oysters and master shucking at home. Their seafood is available for pick-up in-store or curbside, with delivery (for a fee) in Metro Vancouver. While you can't have their lobster or shrimp rolls delivered just yet, check back with The Lobster Man, as they may be adding on that option soon, too.

That Insta-famous chicken sandwich gets closer to Vancouver: Popeyes opening new Richmond location soon
Oct 24, 2020 12:03 PM
Comments
We welcome your feedback and encourage you to share your thoughts. We ask that you be respectful of others and their points of view, refrain from personal attacks and stay on topic. To learn about our commenting policies and how we moderate, please read our Community Guidelines.