A quartet of Vancouver restaurants has been singled out by the Chinese Restaurant Awards for "courage in the face of adversity."
Jun 9, 2021 8:20 AM By: Lindsay William-Ross
Previous Next
1 / 1 Uncle's Snack Shop, which opened in March 2021, has been named a local "Game Changer" among Chinese restaurants in Metro VancouverPhoto courtesy Chinese Restaurant Awards
Expand
Previous Next

A quartet of Vancouver restaurants has been singled out by the Chinese Restaurant Awards for "courage in the face of adversity."

Chinese restaurants have struggled over the last year and a half in Metro Vancouver, first in late 2019 and early 2020 as the mounting coronavirus crisis abroad kept patrons out of their dining rooms, then as B.C. COVID-19 restrictions took hold. As a way to further support the businesses in the sector, the Chinese Restaurant Awards called on its 2021 Critics’ Choice Awards judging chair Lee Man to select four newer spots to spotlight as real "Game Changers."

The Game Changers are restaurants that have opened within the last two years and have managed to flourish. They are:

Man, who spoke to V.I.A. in 2018 on the 10th anniversary of the Awards about what makes Vancouver's Chinese dining scene so incredible, lauds theses restaurants for their unique offerings and gallant vision.

“During the past year, restaurants had to grapple with not just how to conduct business during the pandemic, but 'why,'" says Man in a media release. "Why trying? Why the struggle?"

"For our Game Changer restaurants, it is because they each have something unique to say. They have become more of themselves, pouring their souls into their food to show love and hospitality in a very personal way. Their resolve has strengthened, their visions have become clearer – and their hearts, somehow, have become more determined. I am genuinely grateful for each of these special places,” adds Man.

Main Street's Old Bird launched at the very beginning of 2020 with a vision to bring "Chinese food with attitude," to Vancouver. "Old Bird reflects an urbane sophistication that one could find in Old Shanghai’s side streets, Hong Kong’s SoHo District or Tapei’s glittering Xinyi District," notes Man, adding this key tip: "The fried chicken is one of the best in the city."

Quan Ju De is an upscale contemporary Chinese restaurant with an extensive pedigree serving up "a fusion of traditional Chinese food with a North American flare," in the shadow of Vancouver's City Hall since February 2020. Their calling card is their Peking Duck, of which Man says: "The attention to detail is superlative, with beautiful knifework, bright vibrant flavours, and cleanly effortless execution."

A critical darling since its launch amid the pandemic in January 2021, Chef's Choice "produces classic dishes from Hong Kong and Guangdong that even diners of the post World War II generation may not have seen in decades," says Man. 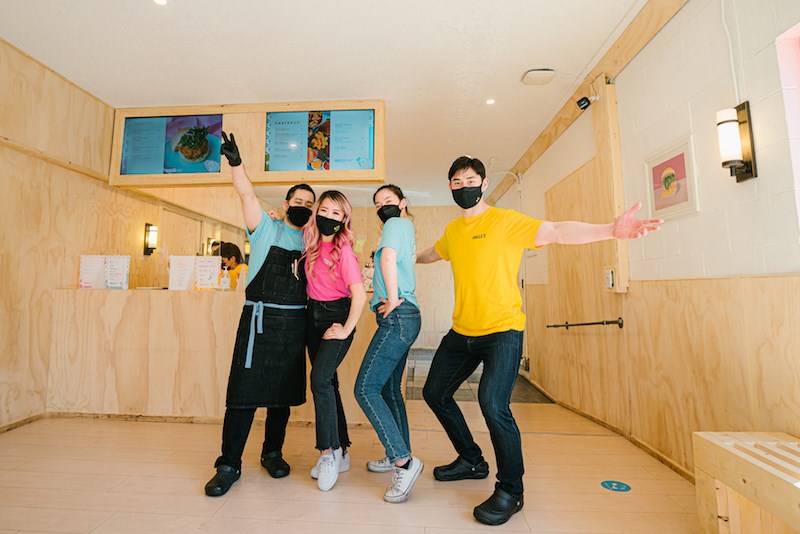 The newest kid on the block is Uncle's Snack Shop in Richmond. Man shouts out the brand-new spot, opened in March of this year, for its "exuberant joyfulness," adding: "The sense of youthful playfulness and energy is underscored with sharp cooking, well thought out flavours, and a deep knowledge of traditional Asian techniques."

The four Game Changers will be honoured in person when the 2021 Chinese Restaurant Awards ceremony is held this fall.