Liberals would go back to their original plan for the Massey Tunnel if elected later this month
Oct 5, 2020 1:35 PM By: Canadian Press 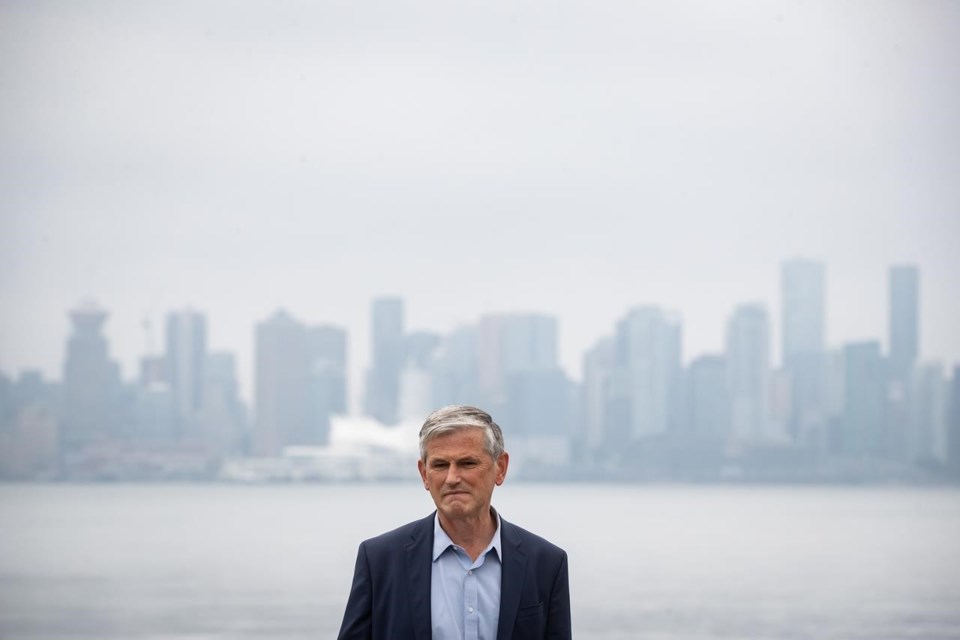 Liberal Leader Andrew Wilkinson waits to pose for a party photograph, during a campaign stop in North Vancouver, on Sunday, October 4, 2020. THE CANADIAN PRESS/Darryl Dyck

VANCOUVER — The B.C. Liberals are promising to resurrect their previous plan when in government to build a 10-lane bridge over the Fraser River to replace the aging Massey Tunnel in Metro Vancouver.

Leader Andrew Wilkinson says the Liberals, if elected on Oct. 24, will dump the NDP's long-delayed eight-lane tunnel proposal and start immediately on the construction of the 10-lane bridge to replace the current tunnel.

Wilkinson says the 10-lane bridge proposed by the Liberals when they were in government back in 2013 has already been approved and been through an environmental assessment.

He says the bridge project will be part of a Liberal government's $8-billion capital plan, but he didn't know when the toll-free bridge would be complete.

The NDP replied to the plan in a news release, saying changing the proposed tunnel project to a bridge risks delays and possible loss of federal funding.

This report by The Canadian Press was first published Oct. 5, 2020.