B.C.’s Liberals have blasted the NDP election campaign platform unveiled Tuesday as an attempt to bribe the province’s voters – with their own money.
Oct 7, 2020 7:25 AM By: Jeremy Hainsworth 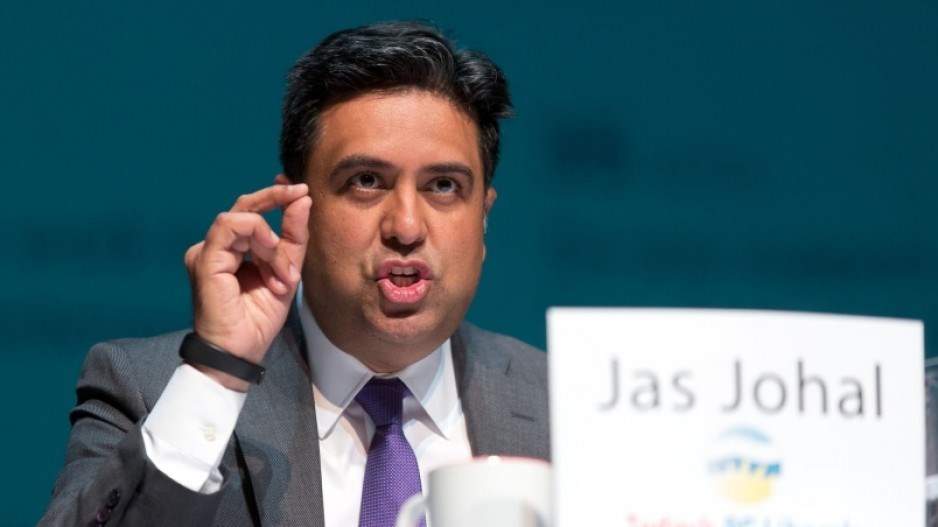 Jas Johal is the BC Liberal candidate for Richmond-Queensborough. Richmond News File Photo

B.C.’s Liberals have blasted the NDP election campaign platform unveiled Tuesday as an attempt to bribe the province’s voters – with their own money.

All told, the NDP’s plan comprises 154 commitments. Those include 60 new promises among which are: a one-time recovery benefit of $1,000 for families and $500 for individuals, free public transportation for children under 12 and a rent freeze that lasts until the end of 2021. The recovery benefit alone is expected to cost $1.4 billion.

Neither the Liberals nor the Greens, however, is impressed.

Liberal Richmond-Queensborough candidate Jas Johal is asking why funds that had been approved for COVID relief months ago now appear in the NDP platform.

“That money was sitting there in March. In March, when people needed help,” Johal said, calling the holdback unconscionable.

BC Green Leader Sonia Furstenau said British Columbians may now have to wait until November before the new Legislature’s make-up is determined and a cabinet is formed before the money flows.

“How are businesses supposed to wait another two months to receive the financial support that the legislature approved back in the spring?” Furstenau asked.

“There is no reason we needed to go to an election to implement these policies,” she said.

It was March 23 that the government presented a $5-billion COVID-19 action plan.

That response included $2.8 billion to support individuals and services and $2.2 billion to support businesses and the province's economic recovery. The measures include a new emergency benefit for workers, rental support for tenants and a slew of tax deferrals.

Johal accused the NDP and Premier John Horgan of keeping the approved cash to use as an election “slush fund.”

Asked if the Liberal promise of a tax holiday was also a bribe, Johal said PST changes his party is promising would put money in the hands of people and small businesses.

Johal also accused the NDP of breaking the fixed election date contained in the agreement with B.C.’s Greens to support the NDP in power and claimed the party announced a second Surrey hospital with no funding attached. That facility was announced last December and was set to undergo the creation of a business plan after which a budget would be announced.

He further asserted the NDP has failed to provide funding for a Massey Tunnel replacement project. Liberal Leader Andrew Wilkinson has said a Liberal government would pick up on the 10-lane bridge project at the point the NDP cancelled it on taking office in 2017.

Asked when the Liberal Party’s platform would be released, Johal said parts are being released day by day.