PACIFIC POOL PARTY: The Calder candidate for the Pacific is obvious, but does Quinn Hughes beat out Cale Makar? 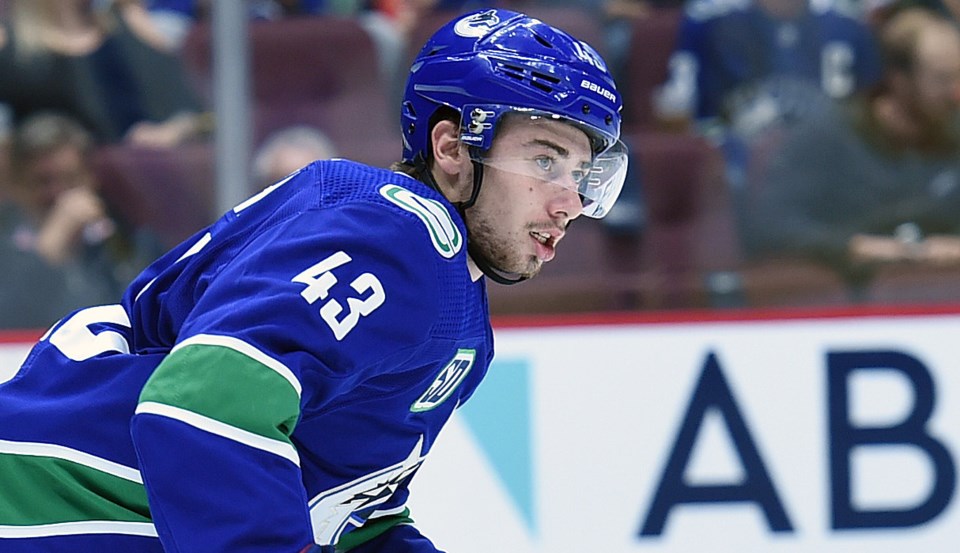 Last year in NCAA hockey, it was widely considered “The Year of the Defenseman.”

Among the 10 finalists for the Hobey Baker award, given annually to the most outstanding player in college hockey, six were defenders, and four have played in the NHL already. The entirety of the “Hobey Hat Trick” was made up of defensemen as well — that has never happened before, and likely never will again.

Quinn Hughes, now of the Vancouver Canucks, was one of the defensemen in the final 10, but didn’t make the top three. This time, there will be no initial snub: Hughes is all but guaranteed to be among the top three vote-getters, and has a pretty good claim on winning it.

However, two of the guys who represented Hughes’s biggest competition last season, when he missed that cut to the final three, are now likely his primary opposition for the NHL’s Calder Trophy as well. Eventual Hobey winner Cale Makar of the Colorado Avalanche and Hat Trick finalist Adam Fox of the New York Rangers are sure to be in that neighbourhood.

You’ll note that there are no other rookies from the Pacific Division among that group, which tells you all you need to know about those guys’ contributions vis-a-vis Hughes’s. Even if we were talking about a field of 10 or 15 rookie contributors league-wide, you’d be in tough to find a rookie from the Pacific worthy of inclusion among the league’s best.

Sam Steel in Anaheim? Dillon Dube in Calgary? Ethan Bear in Edmonton? Blake Lizotte or Matt Roy in LA? Mario Ferraro in San Jose? Cody Glass in Vegas? Certainly all could make nice claims as being their teams’ best rookies, but really only Bear would weasel his way into a serious discussion as being among the league’s best. Even then, his performance pales in comparison with even Marino’s, let alone the clear top three of ex-college guys, Hughes, Makar, and Fox.

So really, this becomes a discussion of which of those three deserve it, and most people would instantly say it’s more like which of the first two. Fox had a very good rookie year on Broadway, as a lot of knowledgeable observers suspected he would. But let’s be honest: this has been a two-horse race since Thanksgiving.

Another thing we’ve been dealing with for months? The Makar vs. Hughes debate. Part of the problem with all this is that the people who cover the Canucks on a daily basis, or watched 60 or so of their games, are all going to land on “Hughes deserves it.” And you can say the same thing about the Avs and Makar. Basically no one who watched either one play the full season is going, “Yeah, my guy is good but that other guy deserves it more!”

The question, then, is whether you think being the best defender by far on a mediocre team (Hughes) or a key cog in a potentially elite team (Makar) is a better indicator of quality. Certainly, Hughes had to lug around a lot of “meh” talent to mostly strong results. He was plus-4 at 5-on-5, plus-26 in all situations, with a solid mix of D partners (mostly Chris Tanev) and largely playing behind the top line of Elias Pettersson, Bo Horvat, and JT Miller. More on that in a minute.

Meanwhile, Makar’s goal-differential is much better: plus-21 at 5-on-5, plus-41 in all situations. He played mostly with Ryan Graves, behind the trio of Nathan MacKinnon, Gabe Landeskog, and Mikko Rantanen.

I would say their quality-of-teammate are mostly comparable: They played next to guys who were more the “defensively responsible guy who allows them to freelance” and behind high-end forwards including a legitimate MVP candidate (Pettersson and MacKinnon).

Of course, Makar also played 11 fewer games in part because of injury. If you want to say staying healthy should be considered, fair enough. But if you’re going per-60, Hughes looks a bit diminished. If both teams had played the full 82, maybe a lot of this stuff would be different. But also: You can’t say that for sure and at this point it probably doesn’t matter, so why even play that game?

Ultimately, it seems to me the big argument we keep seeing in favor of Hughes is that when he (and by extension his most common skating partners) are off the ice, the team stinks. That wasn’t the case for Makar, because, well, the Avs have an objectively better roster than the Canucks do. That’s borne out on paper and on the ice. And that’s a great argument for Hughes as the rookie MVP, but that’s not what the award is. It’s just for being the best player as a rookie.

With that said, I’d just as soon play Solomon: Cut the trophy in half and give it to both of them. But it doesn’t work that way, so for me it’s very very very very marginally Makar over Hughes.

Quinn Hughes is not a generational defenceman (and neither is Rasmus Dahlin or Cale Makar)
Jan 21, 2020 4:34 PM
Comments
We welcome your feedback and encourage you to share your thoughts. We ask that you be respectful of others and their points of view, refrain from personal attacks and stay on topic. To learn about our commenting policies and how we moderate, please read our Community Guidelines.