It's the last weekend of September - might as well make the most of it!

It's the last weekend of September!

Whether your ideal fall weekend includes heading outdoors for some fresh air, trying out a new restaurant or sticking close to home, here are a few ideas to help keep you occupied this weekend. 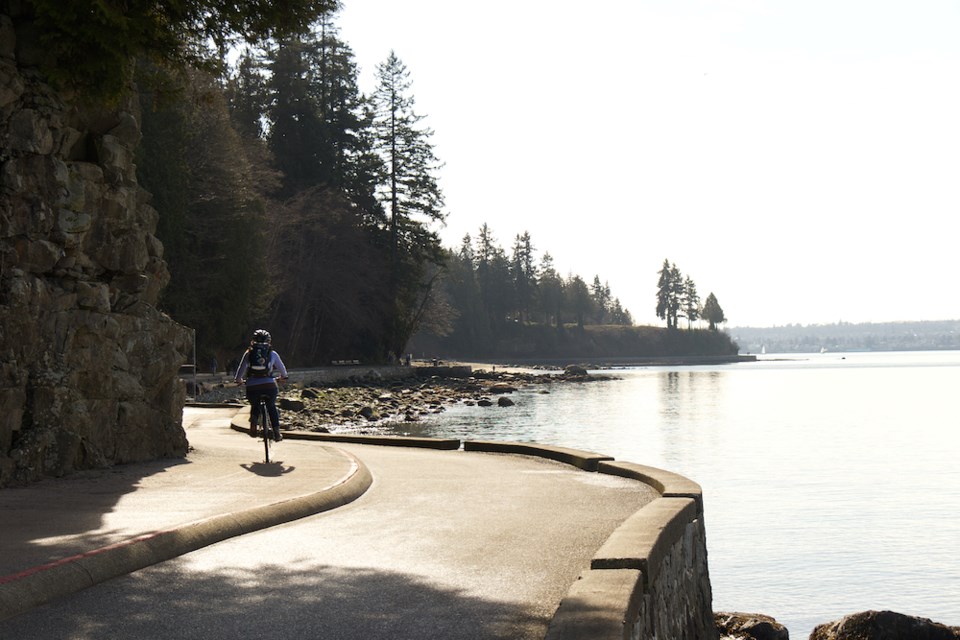 Beginning today, Vancouver locals and visitors are once again allowed to go for a bike ride along Vancouver's seawall.

Stanley Park is also fully reinstating vehicle access to the park, more than five months after the Vancouver Park Board first announced it was modifying access to the popular park in response to COVID-19. Stanley Park was initially closed to all vehicle traffic on April 8 of this year, in an effort to reduce congestion and allow for greater physical distancing in busy areas like the seawall, and in response to public requests for greater access to essential recreational space for cycling and walking during the early stages of the pandemic.

2. Have a picnic with your pup 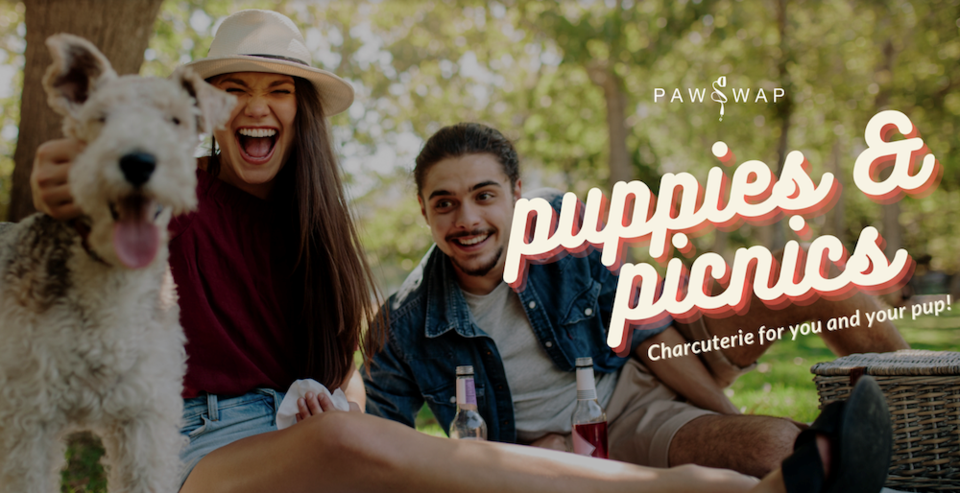 PawSwap is hosting its first Puppies & Picnics experience in Kitsilano tomorrow, Sept. 27. Attendees can head to Spanish Banks to pick up their human and doggy charcuterie boxes filled with delicious local products, and choose whether to enjoy a socially-distanced picnic by the beach with fellow dog owners, or to take them back to experience in the comfort of their own home.

Tickets are available for purchase online and cost $59 with an optional $5 donation to The Rescue Chain, a new Vancouver not-for-profit organization committed to reducing pet overpopulation and suffering of dogs through spay and neuter clinics.

Included in the ticket price everything needed for "the perfect picnic date," with items sourced from local BC companies. Included is a human vegetarian cheese and charcuterie box for a party of two provided by Charcuterie Vancouver, accompanied by sauces, dips, sweets and Kombucha, as well as a personal doggy charcuterie box from the PawSwap team, filled with lookalike items so pups don’t feel left out, as well as picnic accessories to complete the experience.

3. Have a movie night 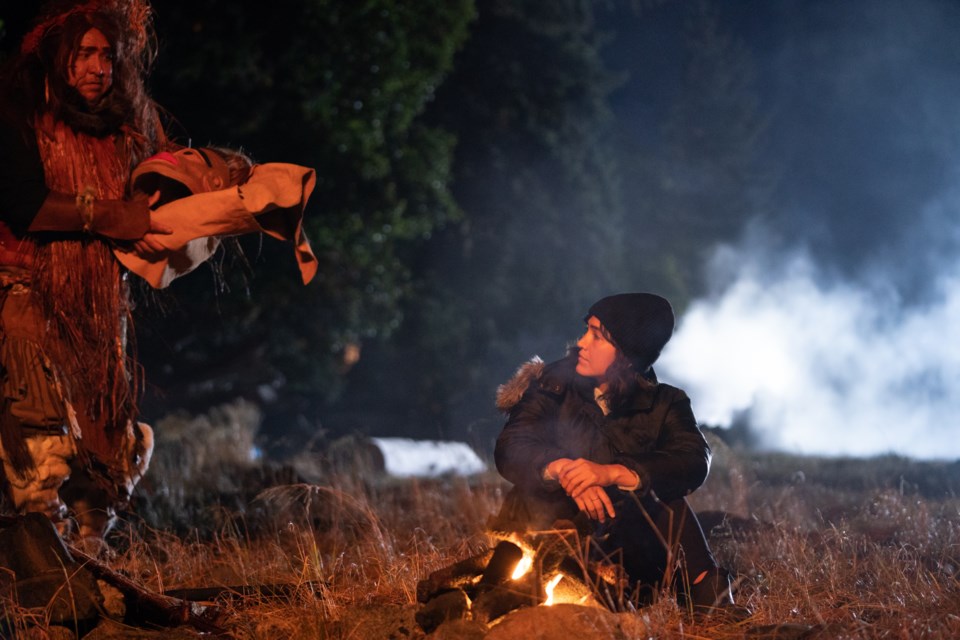 From September 24 to October 7, the 39th edition of the acclaimed and anticipated Vancouver International Film Festival (VIFF) will be moving primarily online for an all-new digital experience, allowing film lovers to travel the globe through viewing world cinema, all from the comfort and safety of their living rooms.

For 2020, VIFF is bringing its curated programming of over 100 feature films and special events online with the festival’s exclusive streaming platform, VIFF Connect. For the first time, audiences across B.C. will have virtual access to discover and engage with the festival’s vibrant blend of exciting, groundbreaking, and provocative cinema, and viewers from all corners of the world can tune into talks with the film industry’s most innovative creators.

For tickets, subscriptions, and the entire VIFF schedule, visit viff.org.

4. Warm up with a bowl of Ramen 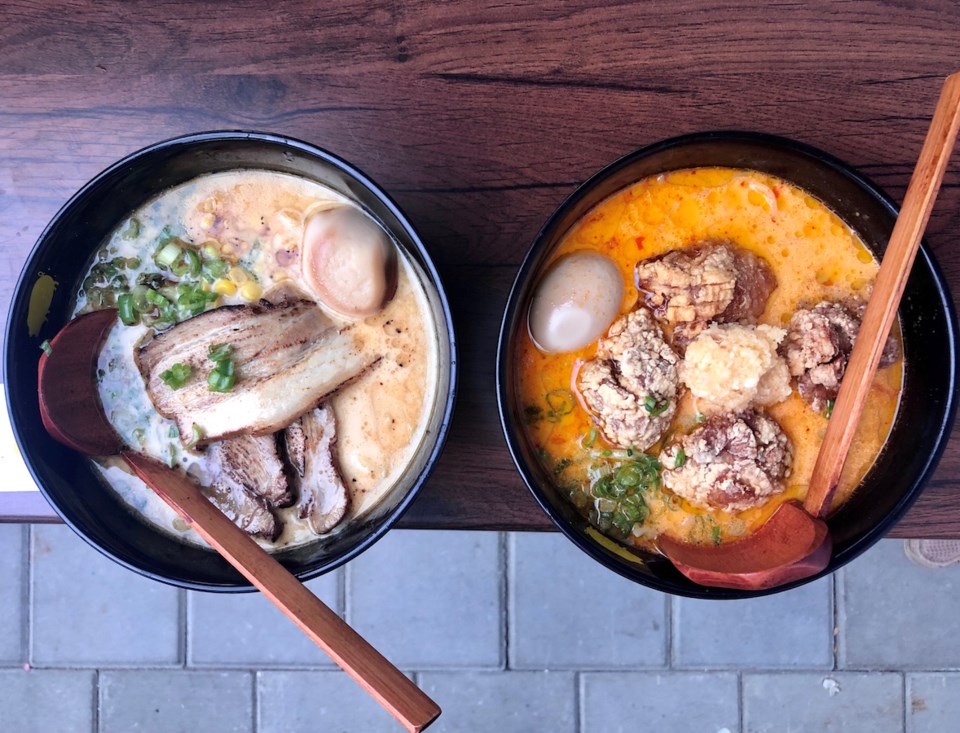 In Vancouver, that telltale chill in the air and leaves gently rustling from limb to ground pretty much mean one thing only: RAMEN.

Ramen is an established entity here in Vancouver, and fans divide themselves with a loyalty akin to Harry Potter houses. There's the Danbos, the Marutamens, the Santoukas. And there is always another new ramen spot opening up - often it's down on Ramen Row on Robson in the West End, but occasionally a new one bravely enters the fold and ramenheads will seek them out.

This summer, Kinton Ramen, which hails from Toronto, took their first stab at Vancouver's ramen-dense restaurant scene. They opened up their first B.C. venture on the UBC campus on University Boulevard and brought with them their signature broth, made from pork, chicken, and fish - though they do also serve a vegetarian-based bowl. 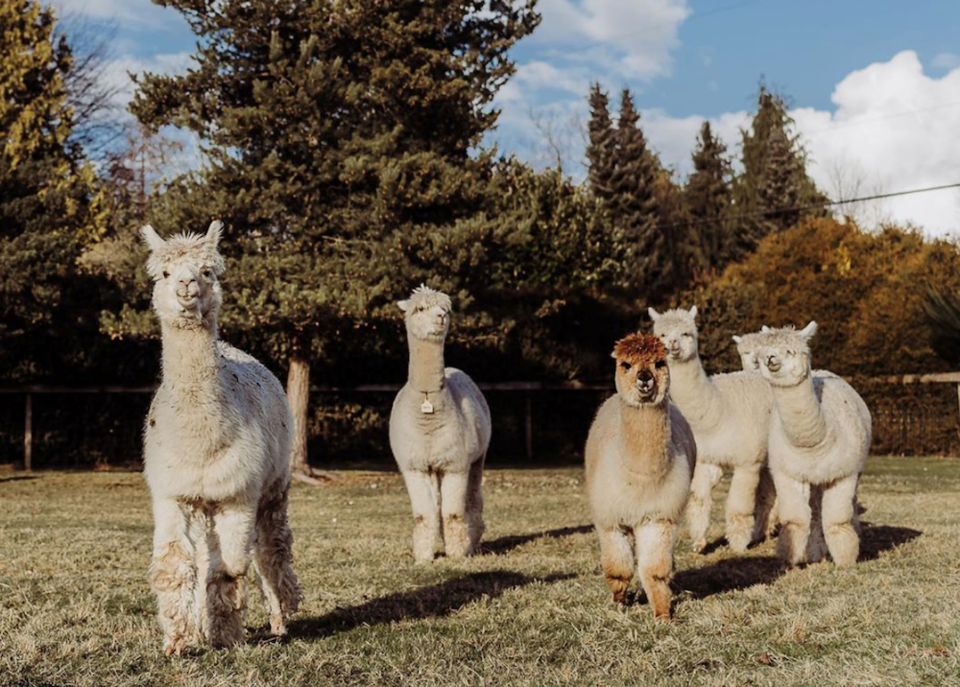 If your heart doesn't melt when you step foot on this Metro Vancouver alpaca farm, you may be made of stone.

Indeed, these inquisitive, impossibly soft creatures are sure to bring a smile to anyone's face. And not only are they cute, but there is also a huge herd of the loveable softies.

Located in Langley, the Kensington Prairie Farm is home to a giant flock of the fluffy herbivores. Of course, the farm is also home to a herd of registered Polled Hereford cattle and bees that produce artisanal honey; however, bees and cows don't typically draw "alpaca crowds," for obvious reasons.

The farm breeds, raises and shows Huacaya alpacas, and they also market and sell a variety of high-quality Canadian made and imported alpaca products. Visitors will find a range of items such as women's, men's, and children's gloves, hats, scarves, jackets, pants, sweaters, and more. Also, they offer several beautifully soft teddy bears, and even small stuffed alpaca figurines.

You can also buy alpaca fleece and yarn to make your own custom pieces. The products make nice gifts, but it is also fun just to see the alpacas in person.

6. Grab a bottle of Bordeaux 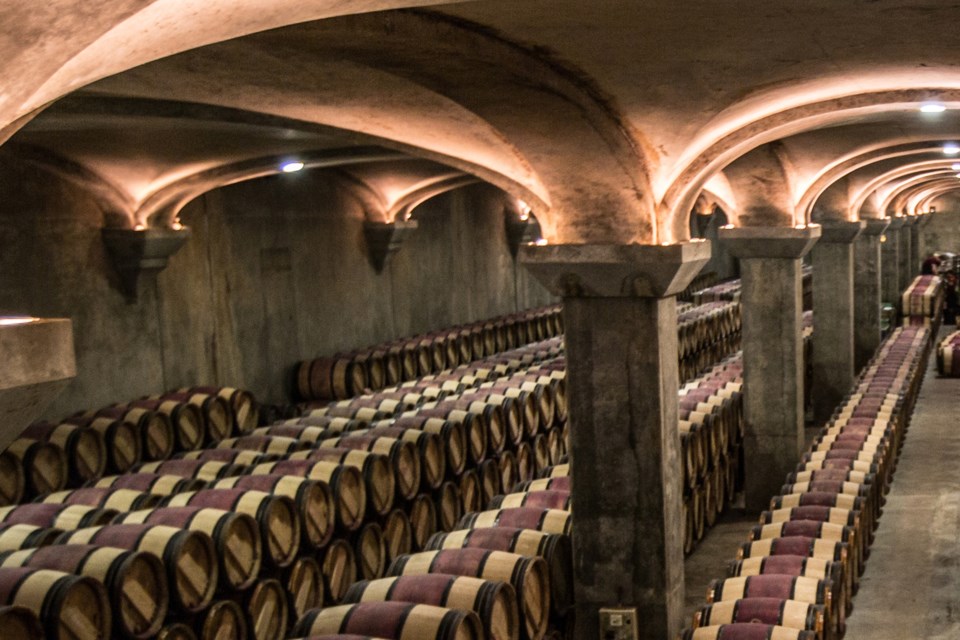 The 2017 Bordeaux release will be available from September 26 at participating stores. Photo: BC Liquor Stores.

Are there any better ways to celebrate the beginning of autumn than to get cozy and enjoy a glass of red? A trip to France may be off the table this fall, but that won’t stop British Columbians from savouring some of the best wines a certain southwest region has to offer.

For more than three decades, BC Liquor Stores’ annual release of Bordeaux has prompted fans to camp out overnight in hopes of snagging a bottle or case of the latest coveted vintage.

On Sept. 26, the 2017 Bordeaux release is expected to attract that same fervour, but given the pandemic and a late frost that led to a smaller vintage that year, customers can expect some changes including a new online pre-order request system. 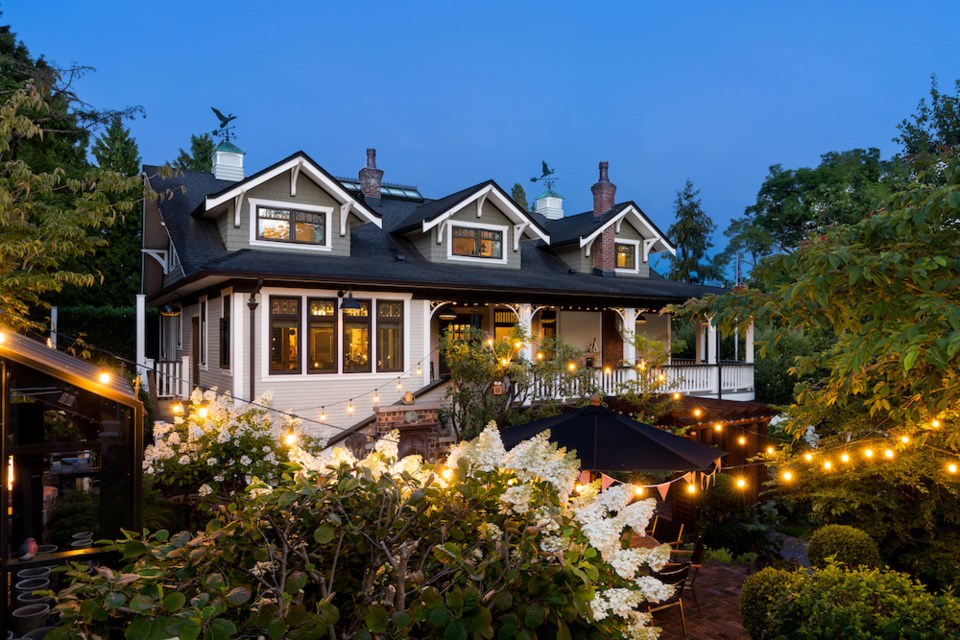 With colder weather on its way and many Vancouverites still working from home, it's understandable if your Saturday mornings are currently spent dreaming of upgrading your home in favour of a little more space. 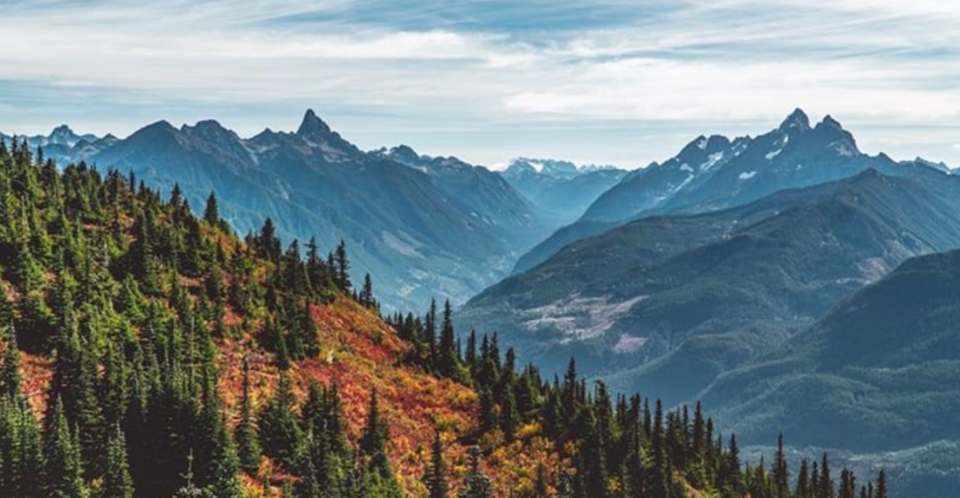 Summer may have come to an end but that doesn’t mean you have to hang up your hiking boots just yet.

As the leaves change colours (and the wildfire smoke that had clogged up Vancouver skies earlier this month now gone, hopefully for good!) some of the hikes near Vancouver become even more beautiful than before. We've rounded up six that should satisfy the itch to get outdoors.

9. Try out this new restaurant 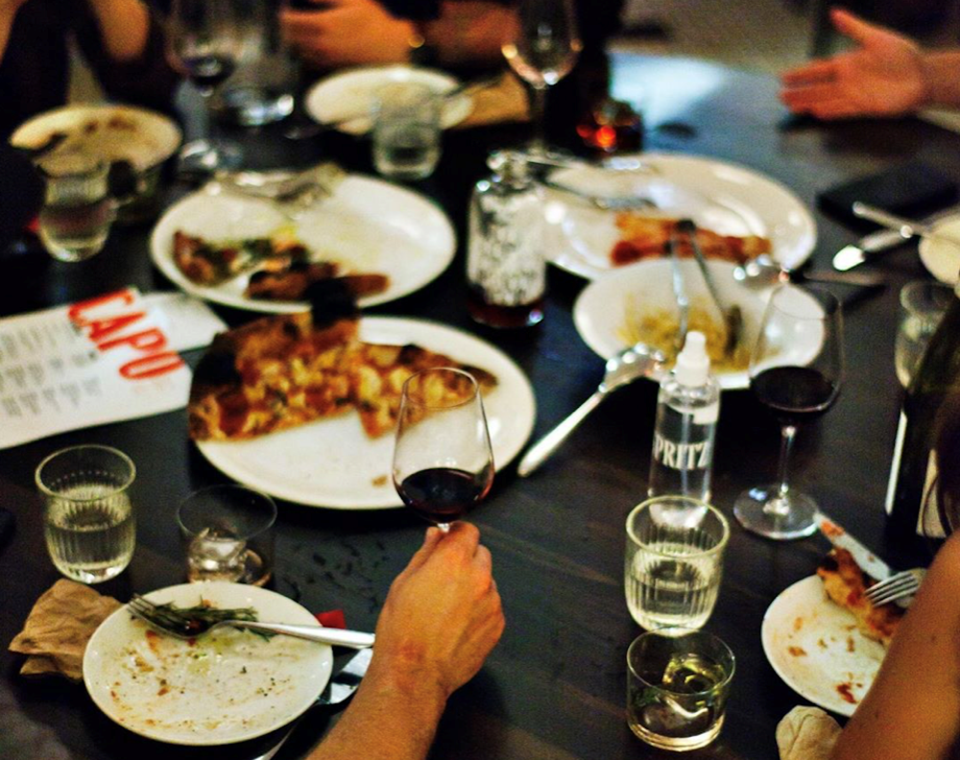 Things are shaking up nicely at the Opus Vancouver when it comes to dining and drink options. The boutique Yaletown hotel venue is now home to the city's first bar focused on spritz-style cocktails, and a new pizza-centric restaurant, all at the hands of the team behind one of the city's most popular Italian concepts.

Capo & the Spritz is now open in the ground floor digs of the Opus that were previously home to La Pentola. The venture is the work of Autostrada Hospitality, which also operates two other locations of the Italian restaurant in the city. 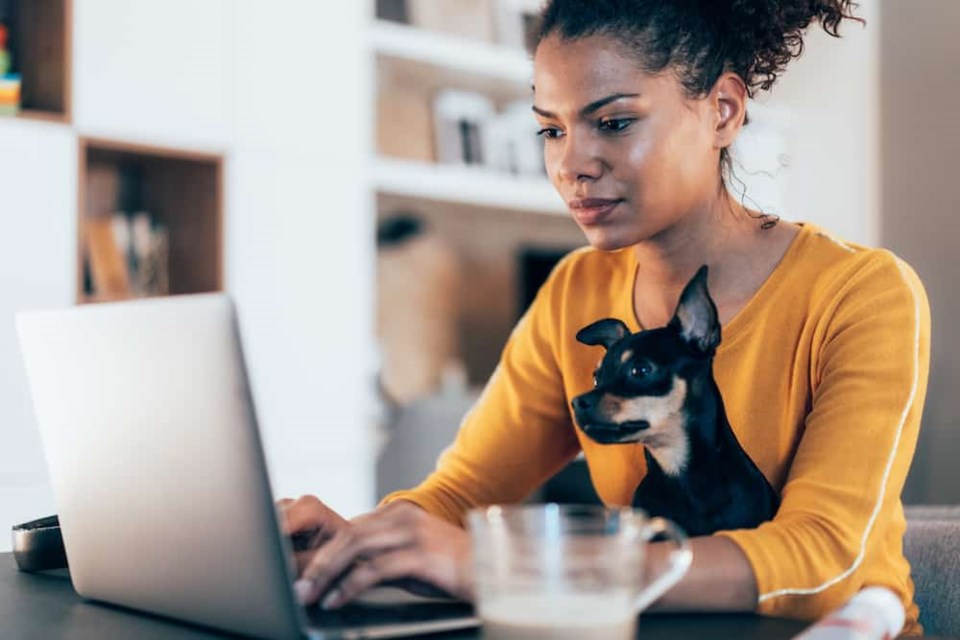 British Columbians will return to the polls this fall after incumbent premier John Horgan called for a provincial general election on Oct. 24.

This year's voting experience will look decidedly different, however. In the wake of the COVID-19 pandemic, Elections BC is working with the Office of the Provincial Health Officer and WorkSafeBC to ensure the election is conducted safely.

If you're still absorbing the shock of a provincial election being called amid the COVID-19 pandemic, you aren't alone.

And while British Columbians only received the news of the fall election last week, they'll need to act fast if they are hoping to register. According to Elections BC, telephone and online voter registration ends today, Sept. 26 at midnight.

You'll still be able to register by mail after that time, but the process will take longer. You may also need to provide photocopies of acceptable ID if voting by mail.

- With files from Lindsay William-Ross, Elana Shepert and Sarah Grochowski