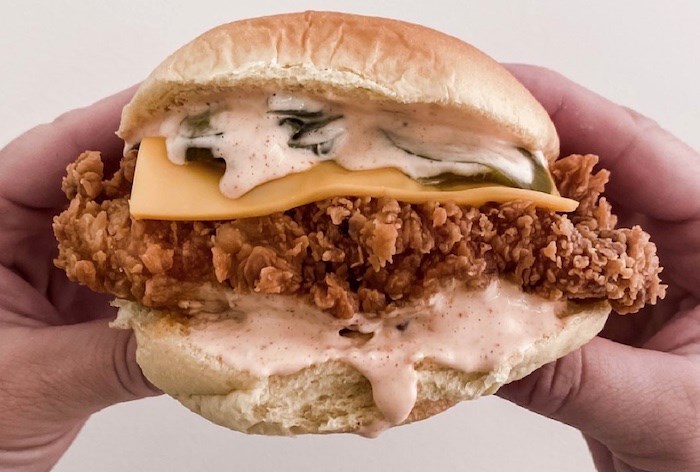 A fried chicken sandwich from Cream Pony, an upcoming restaurant in North Vancouver that will also offer brioche doughnuts@creampony / Instagram

Cast your memory back to the start of the year. As 2021 dawned, Vancouver was still swirling in apprehension about what the new year would bring for our local restaurant business thanks to the coronavirus pandemic.

Now that we are more than over the halfway mark into the year, it's time to check in our list of restaurants we were keeping an eye out for in 2021. As it's played out, about half of them are still not up and running, so the watch continues.

While places like Hello Nori, CRAFT Beer Market at English Bay, and French import Paul have opened their doors this year, several restaurants announced in 2020 have not been able to get up and running.

One significant issue rampant in Metro Vancouver right now is a staffing shortage; restaurants are struggling to find experienced employees, and without a full staff, opening is impossible. That's what's likely happening with at least a few of the spots we've been eyeing since last year.

Here's a rundown of 10 Vancouver restaurants we're looking forward to checking out soon. We've gone back to our original list from the end of last year, but have also added a few that were announced since then and are in the works.

From the same team behind North Vancouver's Lift bakery and brunch spot, Juanita, at 1516 Yew Street in the ex-Blue Martini space, "will be an all-day full-service restaurant bringing guests of the Kitsilano Beach community approachable yet elevated breakfast and lunch, with a dinner menu partly inspired by Chef-Owner Jane Young’s time working at Michelin star restaurants in coastal Spain," according to the restaurant. We're expecting to hear very soon about Juanita's opening. Fingers crossed!

A farm-to-table restaurant coming to Mount Pleasant, the aptly named Farmhouse comes from Vancouver's Viaggio Hospitality Group, who operate Cibo Trattoria, Ancora, Papi's, and Red Card. At this stage, not much else is known about The Farmhouse, save that it's located at 352 East 10th Ave.

Last summer we started keeping an eye on 785 Davie St, which is poised to be home to a place offering "world class strudels" in downtown Vancouver. The restaurant-to-be also promises "fresh pastries, small plates, beverages, and cozy vibes under one roof." Recently they've hinted on social media an opening is close.

Specializing in Singaporean street snacks and wine, Nancy Go Yaya is the project of the celebrated Bao Bei and Kissa Tanto. The restaurant appears to be planning to offer more casual counter service by day and a more refined table service at night. Currently in the hiring stage, diners can look for the new spot at 265 East Pender St in Chinatown, hopefully soon.

Brioche donuts and fried chicken in one place? Yes, please! The North Shore's Lower Lonsdale is getting this decadent new fast-casual spot. Though it appears the team at Cream Pony is deep in the menu testing phase, it looks like we can expect golden-fried chicken pieces and in sandwich form. Those hoping for plant-based options may also be in luck, at Cream Pony has indicated they will have some vegan items on the menu.

A striking new mixed-use highrise in Vancouver's Coal Harbour (1575 West Georgia St) will be home to a modern Italian restaurant "with West Coast flavour." Called Nox, the venture is the project of Metro Vancouver restaurateur Alejandro Diaz and chef Sam Fabbro, who are behind New Westminster spot El Santo. On deck at Nox - "the Roman name for Nyx – the Greek goddess of the night renowned for her exceptional power and beauty," per a media release - will be Diaz and Fabbro's "West Coast take on Italian cuisine with a strong emphasis on local and seasonal ingredients."

Fans of Filipino fast food giant Jollibee have been waiting years for the chain to come to Vancouver, and the wait is still dragging on. They've been keeping us waiting since 2020. Jollibee Canada is still prepping to open their first B.C. location at 833 Granville Street in downtown Vancouver. Not enough? Fine. The fast food chain is also planning another location in Surrey, too.

Ca Marche is a French creperie in the works from the owner of popular Kits restaurant Au Comptoir. The restaurant, situated at the Vancouver House development, is going to serve traditional Brittany-style crepes with ciders to drink.

Saola is a modern Asian restaurant under construction at 2415 Main St. Saola takes its name and inspiration from the forest-dwelling “Asian Unicorn” known to be one of the world’s rarest large mammals. Behind the project are a pair of Vancouver food industry vets plus some talent from B.C.'s performing arts world. Expect an exciting menu of contemporary pan-Asian fare once this spot is up and running. In the meantime, the restaurant's team launched the casual Uncle's Snack Shop in Richmond.

Polarizing chef/restaurateur/media personality David Chang fell in love with Vancouver when buddy Seth Rogen famously showed him around, but due to the pandemic, progress on the Vancouver outpost of his NYC Momofuku noodle bar restaurant has stalled. The venture is still set to go in at Vancouver House in downtown's "Beach District," but it's still likely some time away.